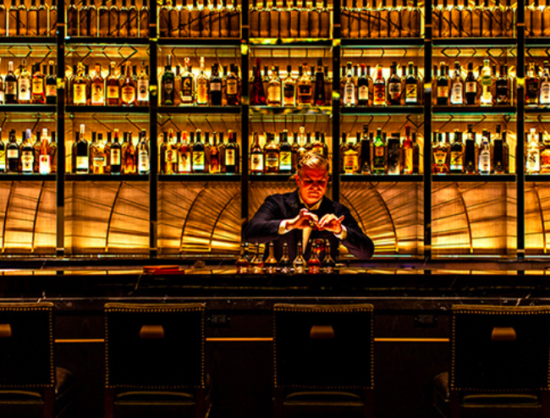 We do enjoy sleeping around–in fabulous hotels, that is, even if it is in a bed just for one. A good hotel room should be more than just a place to sleep and shower. It should turn a trip into an experience to remember.

Here are some exciting new places to stay in friendly capitals around the world. 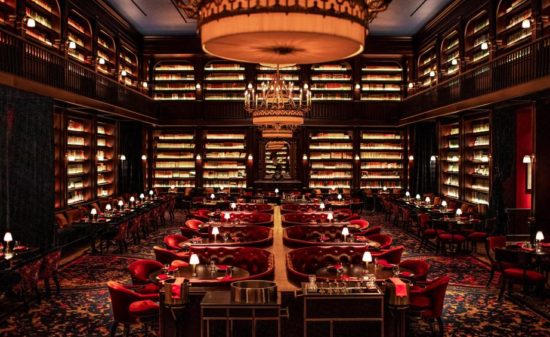 The big news in Las Vegas these days is swirling around the Park MGM property, which has become the destination du jour after its bottom-to-top redesign: 2018 welcomed new guestrooms, new restaurants, and a new vibe. Originally the Monte Carlo casino, the property recently welcomed the final step in this conversion: the top floors are now a separate hotel-within-a-hotel, The NoMad, and this little oasis of style prides itself for having sumptuous Parisian design and gracious service. The common areas open to the rest of the Park MGM, but the two hotels are distinct, including The NoMad’s separate entrance, casino area, and restaurant.

Speaking of restaurants, The Park MGM property also hosts the new Las Vegas Eataly, which is part of the famous Italian food hall concept (actually based in Italy!) that can be described as a culinary experience of gratuitous gastronomic gluttony. And in case anyone has been living under a rock with no internet connection, let us also share the news that Lady Gaga launched her Las Vegas residency here, at the Park Theater, which is the same theater that Cher and Ricky Martin performed their shows, and Britney Spears will re-launch her residency sometime soon. 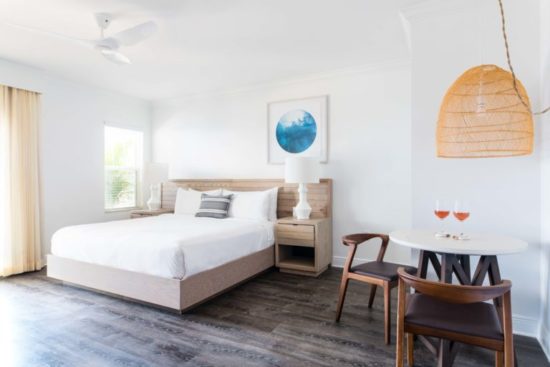 After a long and thorough rebuild, thanks to the damage from Hurricane Irma in 2017, Parrot Key Resort has reopened with a gorgeous new look. The property owners repositioned the niche of Parrot Key and made the property a bit more upscale, and the hotel now offers an elevated level of service with little touches like turn-down service and free glasses of wine occasionally during the day. Their beach club at Smathers Beach is 2 miles away, so they offer a complimentary shuttle back-and-forth. The redevelopment is not yet complete, as The Grove Kitchen and Bar is still under construction, but there are plentiful options for finding really good food in Key West. 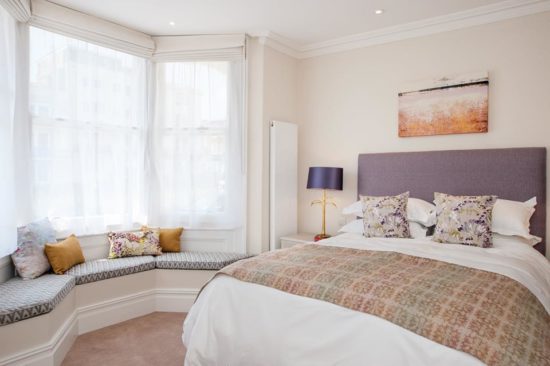 Brighton is the English version of Provincetown: it is a cute little seaside town, with lots of queer folk filling the bars and restaurants, and the town is especially popular during events like the Pride festival and Bear Weekend. Boutique hotel The Charm has called Brighton home for years; although it is a mainstream guesthouse, it is right there in Kemptown near all the bars. As of 2018 they expanded into the building next door and added 9 more guestrooms, built a spa, and redesigned the breakfast and common areas. 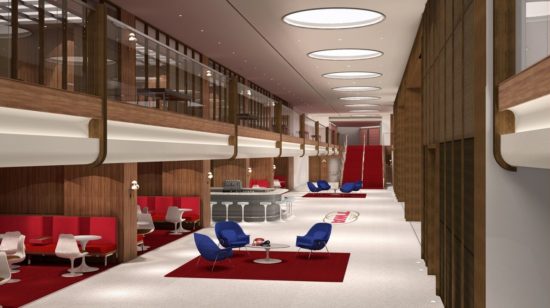 Two new hotel towers are being constructed behind the iconic TWA Flight Center, which was built back in 1962 by starchitect Eero Saarinen. The airport terminal, which for decades was abandoned but preserved due to its significance as an architectural masterpiece, will now be the hotel lobby, complete with the original Mid-Century Mod design aesthetic that made it famous. The hotel will also feature a huge meeting spacs and multiple bars and restaurants.
The hotel rooms will harken back to yesteryear, with rotary phones and minibars stocked with Tab sodas, and feature lots of bits of TWA-branded swag that will undoubtedly be swiped. But it isn’t a giant time capsule disguised as a hotel; rooms will also be wired with USB outlets, and insulated with fancy sound-blocking glass to dampen the roar of the planes taking off (which also give a really fun view of the air traffic). 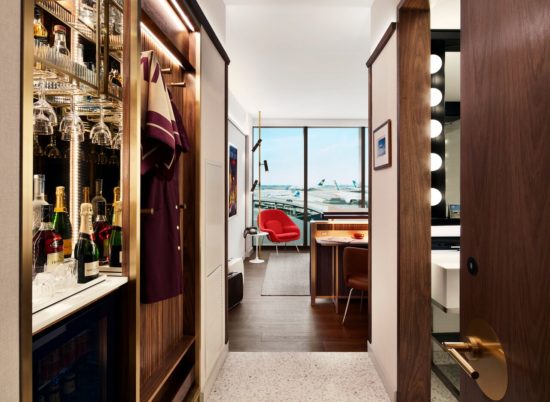 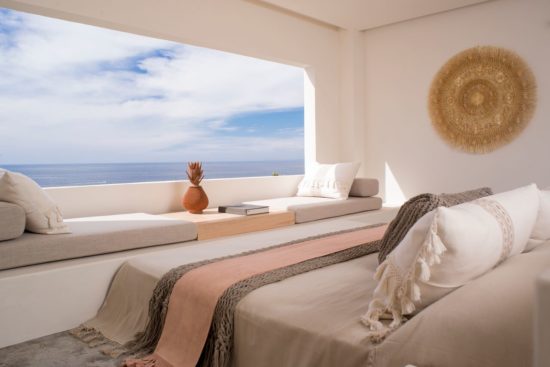 Condo rentals are often the choice for tourists in Puerto Vallarta, but travelers who want a luxe experience will be thrilled with Hotel Amapa, complete with an enviable waterfront location and gorgeous design. When Hotel Amapa opens, the rooftop pool and bar will undoubtedly become a destination, a hotspot for evening cocktails while saluting the glorious sunset. Then the hotel’s location in the heart of Zona Romantica  is perfect for exploring the nearby gay bars.