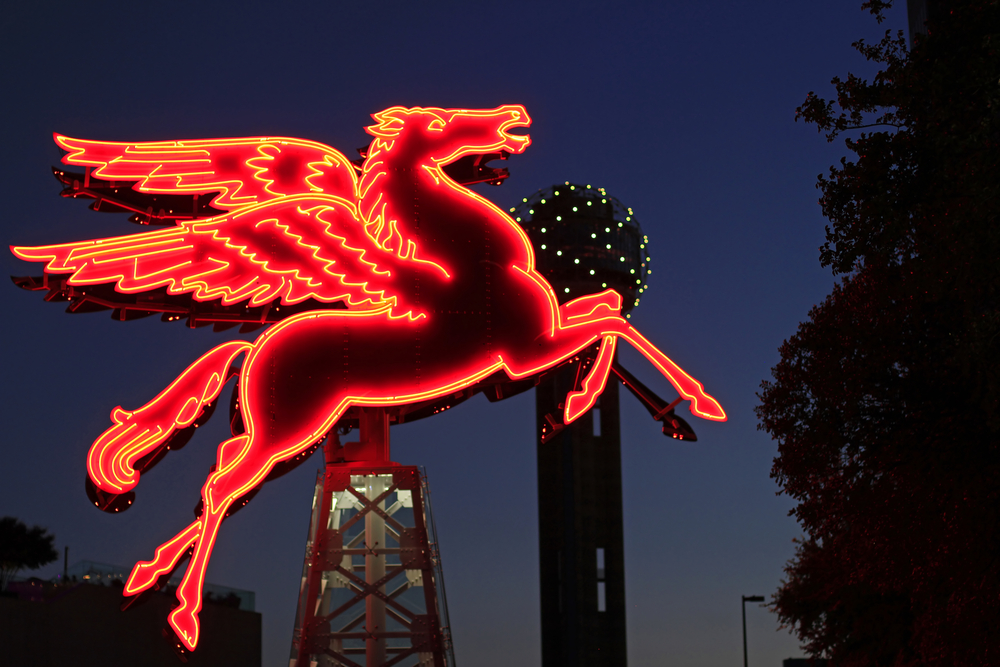 Outsiders often regard Texas as a red state because rural areas dominate. But Dallas is one of several blue metropolitan oases in an increasingly purple state. And with a nearby international airport, several LGBTQ-friendly arts districts, a growing craft beer, and foodie scene, it’s an ideal weekend getaway for anyone craving southwest flavor or wanting their first taste of it.

People around the world know stereotypical Dallas because of its ‘80s era TV series (“Who shot JR?”) and the series’ short-lived 2012 revival. But the city and its distinctive skyline are actually much cooler, sexier and far less “cowboy” than its TV persona.

The city is vast, its neighborhoods connected by a web of highways. Though it’s improving, the city isn’t exactly bike- or pedestrian-friendly. There are a bus and light rail system, but a rental car or ride sharing will save time as most downtown destinations are a mere 10 to 15 minutes apart.

If you’re looking for a hotel, we suggest the Warwick Melrose Dallas located right at the end of the city’s Cedar Springs gayborhood; the chic Belmont Hotel whose poolside rooms once boasted fabulous skyline views before nearby condos blocked them; or The Omni, a mainstay lodging in downtown near the infamous grassy knoll and the iconic Reunion Tower.

With hotels available at every price point, you’ll always be close enough to enjoy.

A long road that connects the ritzy Highland Park area to the gayborhood and nearby Design District. If you’re cruising by, check out the Vietnamese eatery Green Papaya, enjoy some delectable desserts at Chocolate Secrets or the best Tex-Mex at Mia’s. (For El Salvadorian food, check out Mario’s and for Latin eats, stop by Gloria’s, all beloved by the locals.)

Close to the design district, enjoy some vegetarian goodness at the Cosmic Cup (which also hosts yoga and meditation classes), a sumptuous meal and drink at The Meddlesome Moth gastropub, some fried fish and cold brews at The Flying Fish or just try a tasting at the local Community Brewery.

Also, if you’re hungover, enjoy a greasy spoon breakfast at Mama’s Daughter’s Diner — you won’t regret it, but come by early to avoid a big crowd. Groups of 4 or less tend to get seated most quickly.

While this area has all the cute boutiques, bars, and eateries for a fun evening, it tends to attract aspirational locals and out-of-towners.

For a sumptuous brunch (or any meal), try the delicious culinary goodies from BreadWinners, a country cocktail or vittles from The Rustic, a burger from Hopdoddy or some Tex Mex from Manny’s Uptown.

If you’re feeling particularly spry, drive through the stately houses of Highland Park over to Toulouse (near Knox and McKinney Avenue), the exquisite French bistro that won’t break your pocketbook.

You can also cross the highway and enjoy an inexpensive but tasty bite at Velvet Taco or some fine beer and pub grub at The Old Monk, a longtime mostly straight local watering hole. Dancing fans will want to stop by Beauty Bar, a small lesbian-owned spot with friendly folks and killer DJs. Or enjoy some treats and 25¢ video games at Barcadia next door. Both have mixed gay-straight clientele.

The pub-crawl can easily continue onto Lower Greenville’s mostly-straight, but gay-friendly, bars. Dive bar lovers should check out Ships Lounge (which has become more upscale since its recent renovations), Truck Yard for a broke-down backyard feel, or The Libertine Bar, a friendly pub with a killer menu and excellent tap selection.

All Good Records also makes a nice pit stop for some vinyl and music collector keepsakes. And if you’re really in the mood for music, go further north on Greenville to The Grenada Theatre which hosts touring bands on the reg.

Early in the day, you can stroll along the downtown Arts District. The Dallas Museum of Art is now free to all visitors. The nearby Nasher Sculpture Garden ($10 admission) and Crow Museum of Asian Art (also free) make great places for quiet reflection too. While you’re in the area, enjoy some food carts or relax on the lawn of the nearby Klyde Warren Park.

On weekends, you can go buy the local farmer’s market for free samples of delicious fruits, meats, snacks, and grooming products.

Afterward, head down to Deep Ellum for some eye-popping public art, numerous live-music venues and friendly boutiques and eateries. We recommend The Free Man Cajun Cafe & Lounge with live bands some evenings; Trees, the mostly-straight (but not narrow) longtime local music venue; or head closer to the Fair Park area for The Double Wide, a mixed trailer-park style bar with an outdoor area and small stage, or The Eight Bells, a tavern which boasts a killer patio.

Kinksters can get their jollies at Lizard Lounge or The Nines, both of which have a darker, goth-edge popular amongst bisexuals and the leather crowd.

Many ambitious up-and-coming Dallas chefs open up restaurants in this popular area, just off the road from the newly iconic Margaret Hunt Hill Bridge. With everything from BBQ, Chinese and craft beer to Italian, vegan and dessert.

If you’re seeking biscuit sandwiches, billiards and beer check out Chicken Scratch; noodles lovers can get their fill at the evening-only TEN Ramen shop.

Just a stone’s throw across the highway, there’s the Bishop Arts area, an increasingly gentrified yet irresistibly charming area that’s a hidden gem. Start by strolling around the shops and art boutiques, then satisfy your sweet tooth at Emporium Pies, check out geeky comics at the gay-owned Red Pegasus Comics or grab a pint, a coffee or a book (or all three) at The Wild Detectives literary space.

Locals love the Ten Bells Tavern, a mixed bar with a decent menu and beer selection; the Texas Theatre (where Oswald was arrested), which shows art films and has a cozy lobby bar with a friendly staff; and the nearby Barbara’s Pavilion, the local gay dive which hosts working class folks out for a night of karaoke fun.

If you want to meet friendly queer locals, it’s worth staying near the Cedar Springs/Oak Lawn area, home to the city’s Pride parade and Halloween block party.

First-time visitors must see The Round-Up Saloon, a gay cowboy bar with free karaoke, line-dancing lessons and a game room (where the people watching is first-rate). Drag and dancing fans will want to drop by S4 and its adjoining lounge The Rose Room, where Dallas’ drag superstars come out to play.

Latin music lovers should drop by Havana Lounge, a dance club with a distinctly Miami vibe, or Kaliente, the nearby night spot for non-stop Spanish music. For a more mixed but friendly crowd, check out The Grapevine, a delightful dive with heavy pours, a kickin’ jukebox, a basketball court, a heated patio, a billiards table, and a rooftop deck.