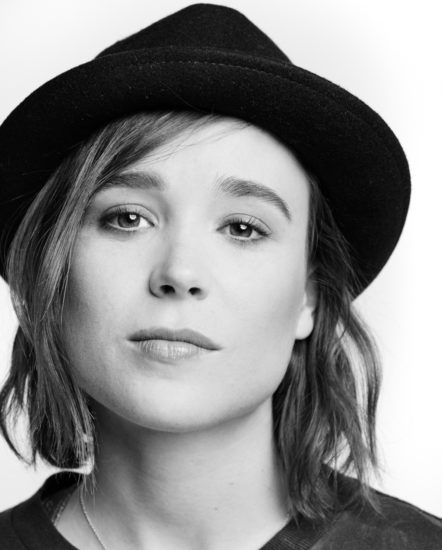 Known for her role as Kitty Pryde in the X-Men film series as well as roles in Inception and her Oscar-nominated turn in Juno, Page came out publicly in 2014 and immediately turned her attention toward activism. She’s since become one of the most visible queer actors in Hollywood while championing the #MeToo movement.

Now Page combines two of her deepest passions–acting and activism–into a single, one night only event. Reuniting with Juno director Jason Retiman, Page will headline a special live reading of the script for Casablanca in Los Angeles. The evening will feature themed drinks and decorations as an all-star cast takes to the stage to recreate one of cinema’s most lauded stories. All the proceeds go to the Astrea Lesbian Foundation for Justice, as part of Page’s campaign to end global youth homelessness.

The Casablanca live reading takes place on December 13 at 8pm at the Ace Hotel Los Angeles.

In recent years, Page has become a gay travel buff with her Viceland show, Gaycation, taking viewers to hotspots around the world.

We caught up with Page between projects to chat about the event, what to expect, and her next big project.

We’re so excited to be talking to you today. Thanks for taking a few minutes to chat with us…

Oh, please. Thank you so much.

This is a charity event for Astrea Lesbian Foundation for Justice, the proceeds of which will go to fight LGBTQ homelessness…

Yes, LGBTQ homelessness. Astrea, in general, does all kinds of extraordinary work. So I’m very humbled to be involved with them in any way. I’m thrilled that we’re able to do this.

Is this the first time you’ve worked with Astrea?

I’ve been working with them for a bit and will continue to, and I truly feel humbled and honored for doing so.

Casablanca is routinely hailed as the best script ever written. How nervous are you about performing it?

You know what? I think it’s part of the fun. I really, really encourage people to come, not only because Astrea is a wonderful organization, but because these are truly magical nights. I feel so lucky I got to be part of the Stand By Me live-read and Empire Strikes Back. We did a Juno live read with an all-female cast to raise money for Planned Parenthood. It’s just a blast. Actors who you’ve never met before, you all just sit there. It’s not recorded. It’s really a special experience. So being nervous is sort of a part of it. And making mistakes is a part of it, you know? that’s what makes it so truly joyous. And yes [Casablanca] is one of the most iconic films ever made, with some of the most memorable lines. And obviously, an iconic love story. So yeah, we wanted to do it with a more inclusive cast.

So I’m so excited, and people should truly come. I mean that from the bottom of my heart.

That’s great. Am I allowed to ask: What role will you read?

Yeah, there was a thought before. As the casting is happening, I told Jason, you know what? I’m happy to do whatever. So actually it’s still up in the air. So, we’ll see. We’re preparing the cast now. We’re not saying who’s in it yet, but there are two people so far, and they’re awesome.

Can you give us a hint?

No, I’m not supposed to. We really want to raise money with the experience, so, you know. Can’t do those things.

How does Jason have you prepare? I take it it’s unrehearsed.

You know, he always does this awesome talk and introduction to the audience that explains that part of the magic of it is that it’s unrehearsed. So, I mean, you go, you meet the other actors for the first time, and then you’re on stage doing this thing. That’s what really makes it special.

So I hear. My boyfriend loves to attend these readings; in fact, he said his favorite ever performance was you as Han Solo in the table read of Empire Strikes Back.

For you as an actor then, when you’re approaching a staged reading like this where there’s no rehearsal, you’re probably just meeting the other actors for the first time, how does that change your approach to the character? That’s part of the beautiful thing about these staged readings: you can do anything with the casting.

I feel so lucky that I got to do Stand By Me and I was River Phoenix’s character. And I was Han Solo, and Juno, and now Casablanca. You’re reading this extraordinary screenplay, and as an actor, the joy of that and being able to, when something is that well written, it’s just truly an enjoyable experience to make that come to life. I think really, that’s what makes it work. As an actor, it’s just because the writing is so good. That’s what you’re connecting to the most. The most important thing is that you don’t try and do—that you don’t [try to imitate Harrison Ford]. You just turn it into your own unique experience.

Fantastic. And this going to help Astrea.

That’s obviously the most important part of the evening. If people can’t be there, and they want to support Astrea, that would be amazing. You can donate.

Gaycation is a series we love.

Will you be doing more episodes or specials?

You know what? I’m sorry to say no…

Yeah, I know. But Ian [Daniel, Page’s co-host] are working on another idea that we’re developing. Making Gaycation was, obviously, life-changing. I couldn’t be more grateful in terms of the people I met.

What was the best destination?

That’s too hard to say. Each place had it’s own, and I don’t know if I could decide, to be honest.

Well, what can you tell us about your new project with Ian?

Well, it’s similar in terms of content. But just sort of a different focus in terms of being less of a travel show-sort-of-vibe. More specific stories are what we’re focusing on. But we’re just developing it right now, so I’m not speaking of anything concrete.

Very cool. You’re also involved with the upcoming Tales of the City miniseries on Netflix, something else we’re all excited about too. Can you tell us anything about that?

Yeah, I’m not sure how much, but sure.

So I actually just finished shooting, and I just got back. And I got to work with Laura Linney, so, you know, what do you even do with that? She’s one of my favorites of all time, and she’s just so awesome. So yeah, I really don’t know what I’m able to say.

Well, we’re looking forward to it n matter what. Once again though, the Casablanca live read is December 13th at the Ace Hotel in Los Angeles, directed by Jason Reitman and starring you.

The Casablanca live reading will take place on December 13 at 8 pm at the Ace Hotel Los Angeles. Show your support through a donation.