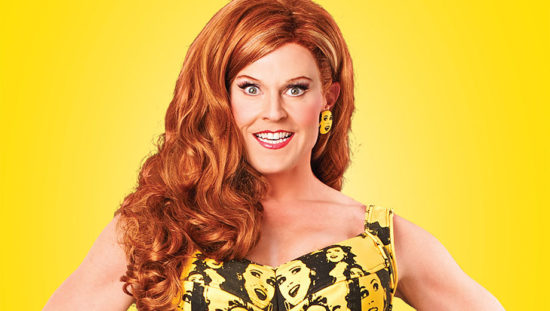 The nominees are in, and voting has begun for the Best of Gaycities 2018.

Thanks to RuPaul’s Drag Race, drag queens have made the crossover from queer culture to mainstream pop, striking a blow for LGBTQ visibility and looking fabulous all the while. These hometown queens teeter on the verge of major stardom and have all helped further their urban areas as bastions of gay culture.

Meet this year’s contenders, and vote for your favorite.

The love child of Pee Wee Herman and Barbie, Turner debuted on the New York stage in 2006 and quickly became a fixture of the city’s drag scene. She helped create the So You Think You Can Drag pageant circa 2009, and has hosted the event ever since.

Ms. D’Witshes makes the rounds all over Florida from her Miami home, spreading her mixture of sass and Caribbean glamour in her wake.

Actor, sometimes daddy and singer, Ms. Merman has toured the nation with her song-and-dance drag act. Purported to be the love child of Ernest Borgnine and Ethel Merman (hence the name), Merman (real name Jeffery Robinson) has even performed on Broadway in Chicago.

Related: Check out the 360 views of these iconic New Orleans hot spots

Self-described “bearded beauty” Stoole hails from Chicago where she presides over the city’s club scene, often hosting theme nights at various venues. She loves to revel in genderqueer style and integrating punk rock into her drag routine.

Hairdresser by day, the superstar by night, Summers sometimes works as a stage actor when not spreading her southern charm across the nation. She’s also a committed advocate of transgender rights and appeared in a number of videos promoting Dallas tourism.

The lewk from TURNt

New Englander Hatter showed an early interest in make-up and photography before landing in the drag scene. Along with a weekly show at New York bar The Ritz, Hatter does engagements all over the nation. She’s also a good friend of fellow nominee Rhea Litre, so you might have to split your ballot!

Key West icon Sushi has earned international notoriety for taking part in the city’s New Year’s Eve celebration in which she drops into a crowd from a giant shoe. In addition to her activism supporting AIDS charities, Sushi also has a reputation as one of the nation’s biggest drag mothers, having donned the wig and heels for more than 30 years.

Noted for her blending standard drag with clown and cosplay fashion, Destruction has become one of the most famous queens in the American south with numerous pageant titles to her name. She also raises eyebrows by performing dramatic monologues from Disney films or Designing Women as part of her act.

Glamorpuss philanthropist (and GayCities contributor) Moore has become a fixture of San Francisco social and political life thanks to her international pride parties, hosting of LGBTQ charity fundraisers for groups like Queer Lifespace and her fabulous new restaurant. With a career spanning more than 20 years, she continues to play drag mom to performers like Dulce De Leche and Phyllis Navidad.

VOTE BABY VOTE… ANOTHER DAY…ANOTHER VOTE #GAYCITIES2018 #GAYCITIES Best hometown queen… This link will take directly to the page Click the link…or copy and paste https://www.gaycities.com/best-of-2018/vote/1330 THANK U TO EVERYONE WHO HAS VOTED EVERY DAY… AND EVERYONE WHO HAS SHARED THESE POSTS…UR SUPPORT WARMS MY HEART I LOVE U ALL… #dragqueen #dragqueenshows #DRAGQUEENFORHIRE #MAKEUP #feathers #RAINBOW #PROUD #GAYANDPROUD #gaybeach #GAYBOY #SOUTHBEACH

Miami maven Lords has sitting engagements at nightclub hotspots like Twist and The Palace. Noted for performing anything from pop to electronica in her act, as well as her elaborate costumes. She’s even helped drag cross over into straight culture by hosting a drag brunch at the touristy Senior Frog’s.

Posing with my @absolutvodka , no they don’t sponsor me… sadly! 😂💃🏼 A little vodka & cranberry gets a girl in the party mood! . . . . . #preshow #grancanaria #absolut #vodka #cranberry #tipple #winterpride #preshowritual #dressingroom

Though she calls London home, La Voix has achieved international notoriety for her drag impersonations of gay icons like Liza Minnelli and Cher. When not touring in drag, she also makes time to work as a professional actor, having appeared in films like Absolutely Fabulous.