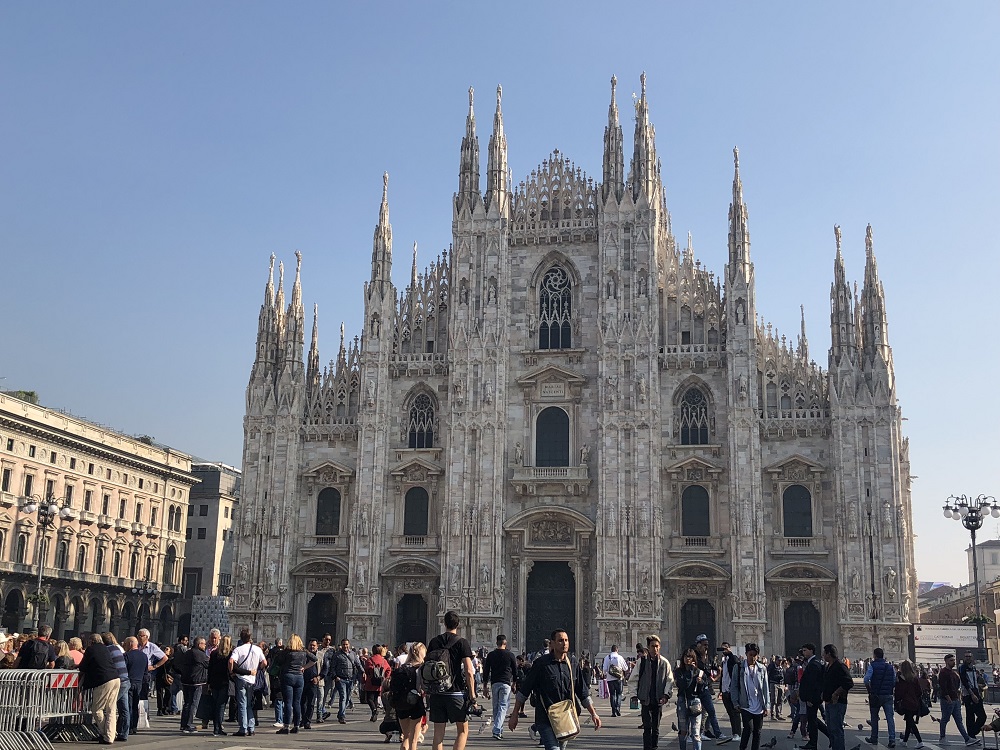 When I received an email in September from the Italian tourism bureau asking me if I wanted to spend a few days in Milan and Turin, I knew I couldn’t pass up the opportunity. The two cities wanted to invite LGBT journalists and travel professionals to experience the destinations. It was probably the most spontaneous international trip I had ever been on. Usually, I have a few months to prepare, both physically and mentally, but this time, I had about three weeks.

I decided to travel with only a carry-on and a backpack, which is a bit atypical for me but given the short duration of the trip, I thought it would be easiest. Plus, it saves time at the airport.

Duomo di Milano is the focal point of Milan, an absolutely enormous Gothic structure located in the heart of the city, surrounded by classic Roman and baroque-style buildings. As my taxi driver snaked through the narrow, winding cobblestone streets, I wasn’t prepared for what I was about to see. Luggage in tow, I was determined to check in to my hotel and freshen up before venturing out, but as I turned the corner, I found myself in the center of the Piazza surrounded by some of the most beautiful buildings I had ever seen.

I literally didn’t know which way to look. Every building was more beautiful than the next. The piazza was bustling with energy. Ironically, a group of young musicians were performing u2’s “I Still Haven’t Found What I’m Looking For,” but in this case, I found it. It was around noon and locals were chatting with each other while sipping cappuccinos, loving life and making memories along the way.

Luckily for me, I was staying at STRAFhotel which was located less than a block off the piazza. The property was modern and minimalist, with much attention given to the sleek lines and use of space.

Milan is a shopper’s paradise. Home to arguably the most important fashion week in the world, designer names are as common as Starbucks is here in the states. Versace, Gucci, Fendi, Prada, Cavalli, the list goes on and on. Aside from its fashion, Milan is also known for interior design in addition to being pioneers in the automotive industry. Alfa Romeo was founded in Milan in 1910 and is still headquartered in the city. Alfa Romeo is part of what locals call the Big 6 which also includes Ferrari, Fiat, Lamborghini, Lancia, and Maserati. All have a presence in Milan.

Art enthusiasts will be interested in visiting the Santa Maria Delle Grazie convent, which houses Leonardo da Vinci’s “The Last Supper.” Tickets sell out months in advance, so be sure to purchase yours ahead of time. History buffs will also take interest in a tour called “The Footsteps of Leonardo,” which highlights destinations influenced by the great artist.

Foodies should note that the cuisine featured in this region is not what most expect when they think of Italian food. Whereas Southern Italy is known for its olive oil and tomato-based cuisine, Northern Italian fare is rooted in cream sauces and risotto. Even the risotto varies from region to region. 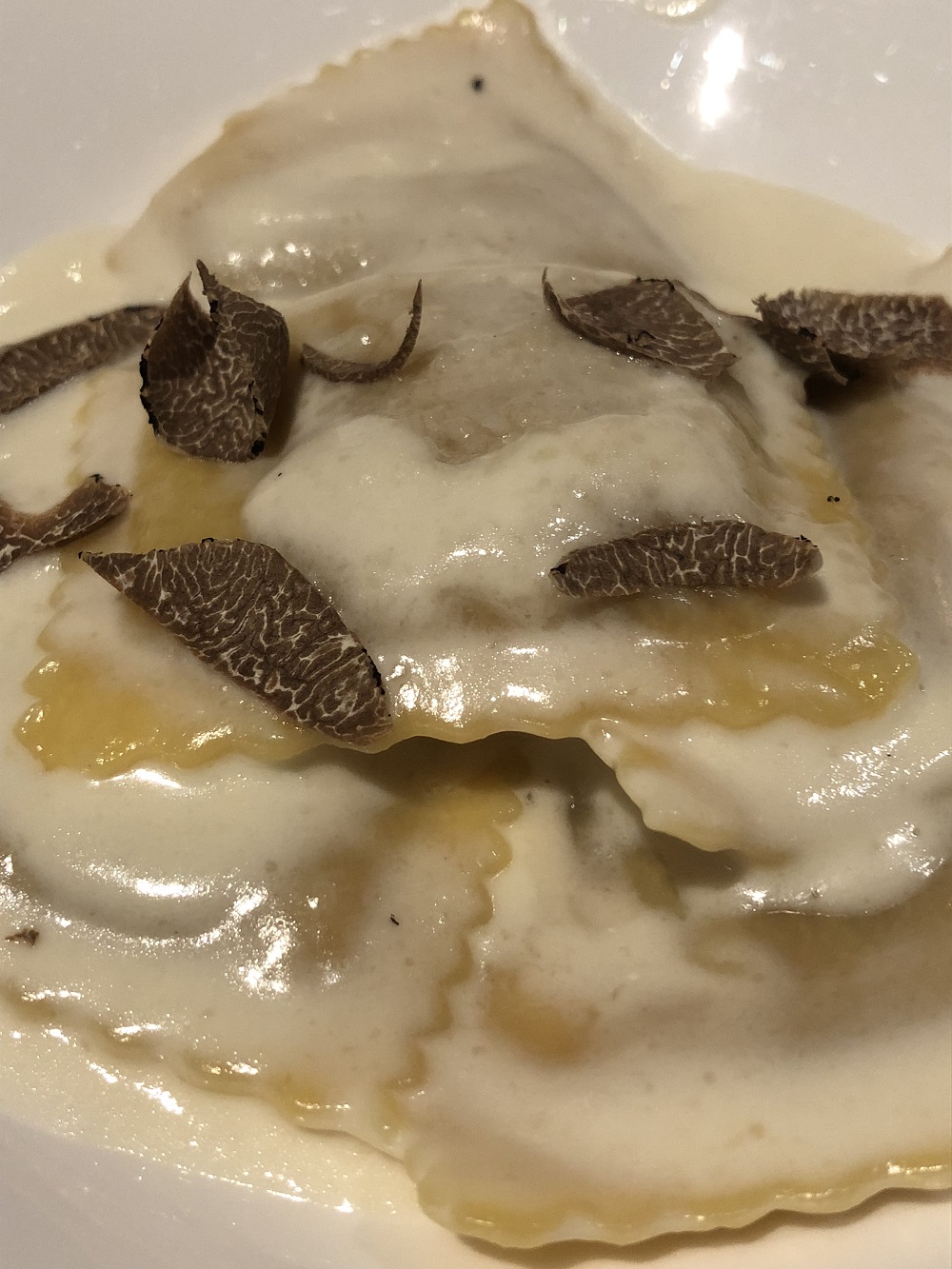 The next morning, my group departed for Turin, which is a little under two hours from Milan. We were greeted by our wonderful hosts at Visit Turin who led us through the city pointing out architectural wonders along the way. Being so far north, you can notice the influences of France, Germany, and Austria in its architecture, as well as the culture.

Our first stop was the Mole Antonelliana, the city’s most iconic structure and home to the National Cinema Museum, an interactive experience showcasing Italy’s rich heritage in cinematography. Guests can journey to the top of the spire in a glass elevator for an unobstructed panoramic view of the city. 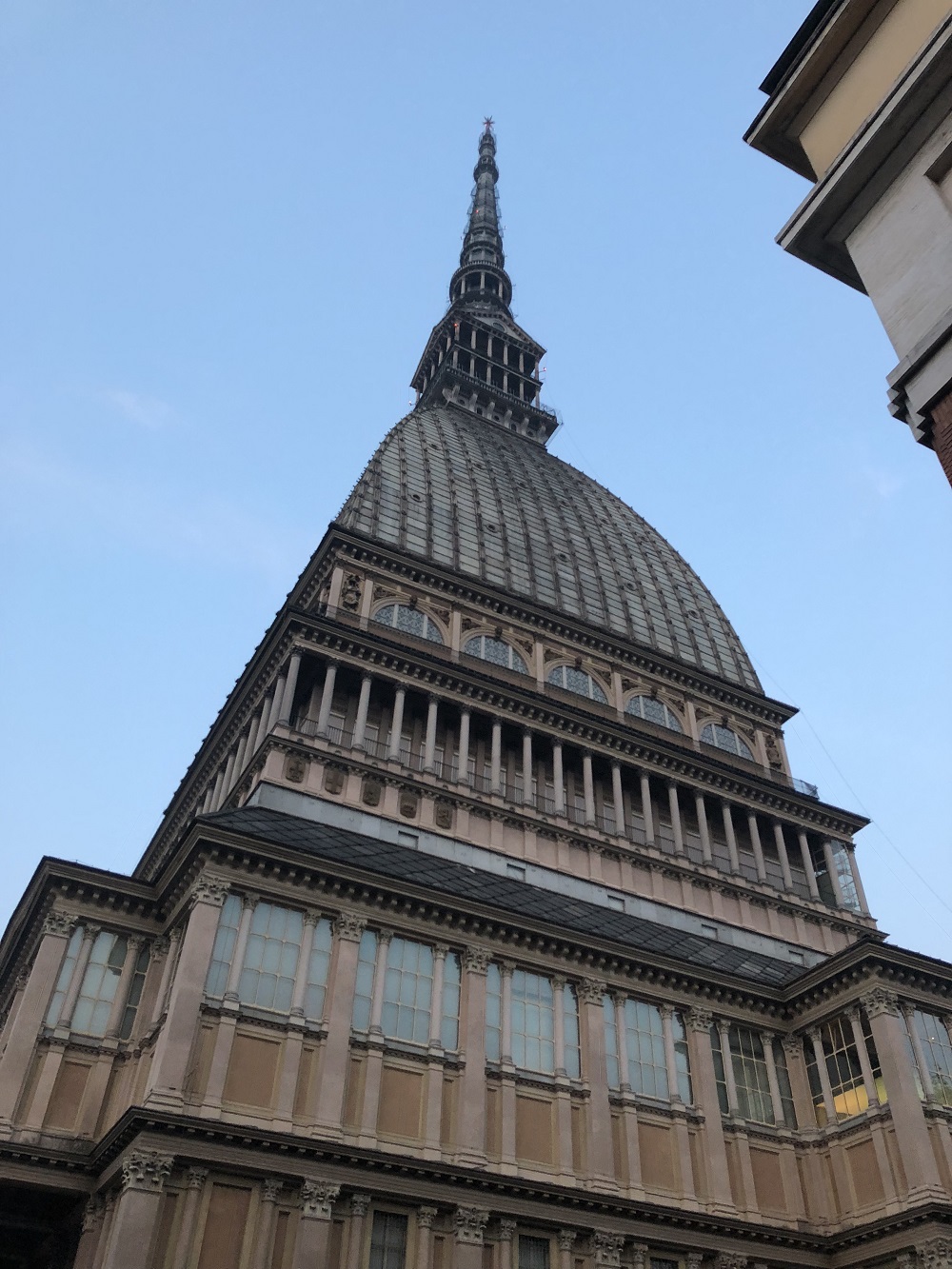 The following morning, we took part in an LGBT history tour called Tuttaltra Storia (The Whole Story), a walking tour which shines a light on historical figures with an LGBT past including Julius Caesar, Christina of Sweden, Princess Marie Louise of Savoy, Michelangelo and of course, Leonardo Da Vinci. We stopped at Cathedral of St. John the Baptist (home of the Holy Shroud), Porte Palatine, the Royal Library and Armoury as well as The Royal Residences, which are considered a “World Heritage Sites” by UNESCO.

Turin is home to Museo Egizio, the Egyptian Museum, which houses the largest number of Egyptian artifacts outside of Cairo. Archeological wonders include numerous hieroglyphs, sarcophagi, stone statues, tablets and the oldest mummy ever discovered in the world. Guests can spend hours in the museum but it was time for the part of the trip I was looking forward to the most, wine country! 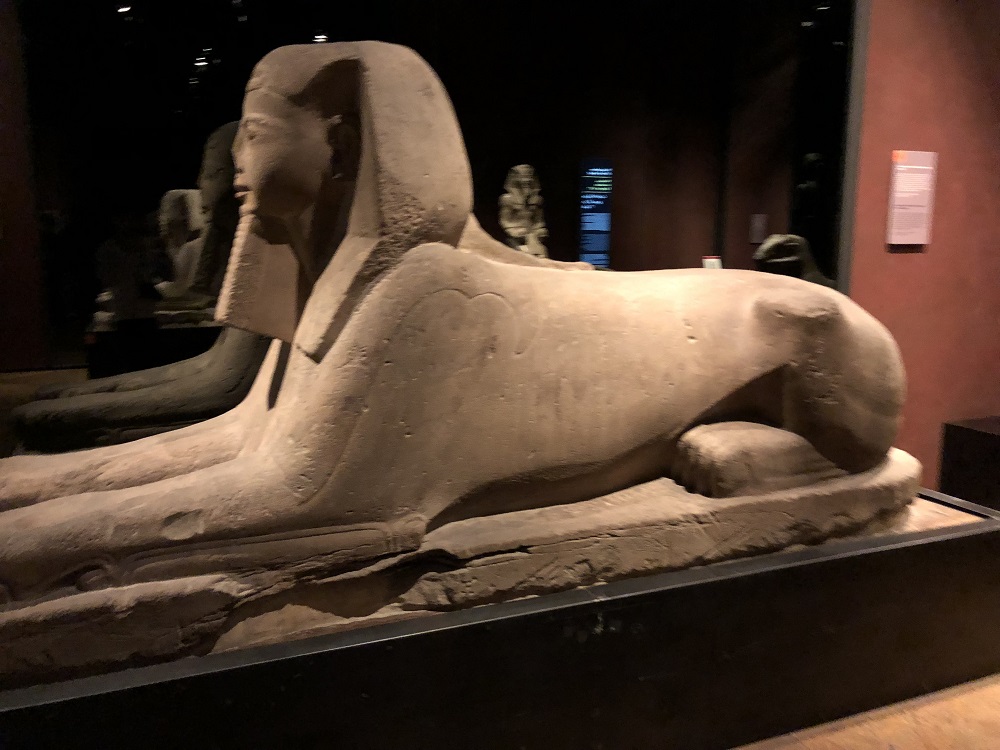 The Langhe region is Northwest Italy’s answer to Tuscany, known for the Nebbiolo grape which is used to produce Barolo, Barbaresco, Roero, Gattinara and Ghemme wines. The region is surrounded by rolling hills and medieval castles. We were fortunate enough to visit Castello di Guarene, the 18th century home of Count Carlo Giacinto, a member of the Piedmontese aristocracy. Guests will admire the fine antique furniture, ranging from 17th-century carved wooden chests to exquisite examples of Louis XVI design, in addition to the family portraits and other artistic attributes.

My favorite part of the castle is the spa level, an underground cavern of stone so beautiful it is really difficult to put into words. A long stone hallway, which the Count would use if he needed to escape his palace unnoticed, leads to the pool which is carved into the hill and lit in a blue and green hue. The restaurant is led by 32-year-old Davide Odore and gives guests the opportunity to dine like royalty. As we gathered around a large round table, sipped fine Italian wine and savored the flavors of the region, we recanted the tales of our quick, but memorable trip.

And so it goes, all good things must come to an end. We arrived at the Golden Palace hotel in Turin in time to pack and catch a few hours of rest before boarding my flight back to the U.S. I feel like I got a small taste of Italy on this voyage. Not enough to fully satisfy my desire, but just enough to make me want to return and discover a different region of the country.

Check out the GayCities guide to Milan