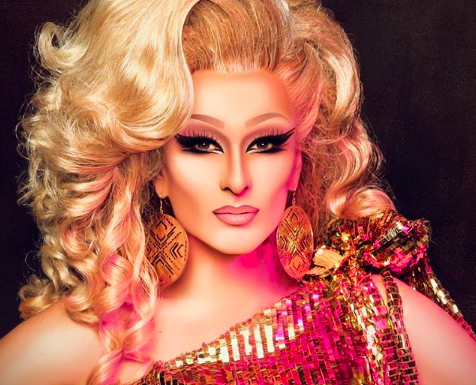 Get ready because the carnival is coming.

The all-volunteer run event raises money for Project Lazarus, an assisted-living home for people living with HIV/AIDS in New Orleans. This year’s theme is “Sideshow” and will feature no shortage of monsters, circus freaks, and other bizarre attractions.

DJ Kitty Glitter will be returning to HNO for the second year in a row. Last year, she spun at HNO‘s Sunday Tea Dance. This year, she’ll be spinning at HNO‘s main event on Saturday, October 27th.

After a 10 year award-winning career as a drag queen showgirl, Kitty Glitter pivoted from the stage and into the DJ booth in 2007. Since then, she’s shined on dance floors around the world.

Check out what she has to say about Halloween, New Orleans, and having sex with Count Dracula…

Why is Halloween in New Orleans extra special?

I did a mashup a few years ago with Lady Gaga “Bad Romance” versus Leona Lewis “Bleeding Love” that I also sampled in the voice of “Jigsaw” the puppet from the SAW movies throughout it. It’s fabulous and frightening all at once. Would you like to play a game..?

Who is your ultimate gay Halloween icon?

What’s your most favorite costume?

A dear friend of mine, Perry Meek made me an inflatable gold jacket with in-built fans for Mardi Gras in Sydney this year. He also did Shangela’s inflating red dress for RuPaul’s Drag Race All Stars, and won an Emmy Award for Lady Gaga’s look on Drag Race. He’s done so many fabulous looks for me. Anything by Perry Meek is always stunning.

What’s the best thing to do in New Orleans?

I’ve only been to New Orleans once before for last year’s HNO. It was a brief visit, but I did take a stroll down Bourbon Street. I hear the cemeteries are a must see. I might get extra extra spooky this Halloween and check them out.

With so many wives already, he must be hung (or good with his hands), so I’ll marry Dracula.

Tickets and weekend passes for this year’s HNO “Sideshow” are now available and can be purchased HERE. VIP passes are also available and include all sorts of extra Halloween goodies.