The only things I knew about Kansas City, Missouri prior to visiting, were the tales of legendary BBQ and the Chiefs. I went with an open mind and little expectations. The city has been generating a lot of positive buzz as of late, so I thought I’d see what all the talk was about. I found the city to be on the cusp of a breakthrough so to speak. A sleeping dragon ready for its day in the sun. The next “It City” – Nashville being the current “It City” and where I reside.

For starters, Kansas City airport is literally the smallest international airport I’ve ever been to. But that will all change in the next few years as it undergoes a major transformation. Icelandair just began flying direct routes to its capital city of Reykjavik and other routes are being added regularly.

The 21c Museum Hotel served as my home for the weekend. The small chain is known for embracing the LGBT community and is located in cities that aren’t always known for being LGBT-friendly destinations (Des Moines, Lexington, Fayetteville, among others), so staying here is always a safe and comfortable option. This particular property is located in the historic Savoy Hotel in downtown Kansas City. The hotel opened this summer and is led by a welcoming, knowledgeable, and quite attractive staff. The one downside of the property is the fitness center, which is has serious acoustic problems. Furthermore, the free weights are located in a dark corner of the gym, a problem that can easily be fixed but is a bit uncomfortable currently.

Having arrived a bit later in the day, I decided to stay on property for dinner. The hotel’s restaurant, The Savoy, doesn’t serve your standard hotel fare. I began my meal with a delicious steak tartare, followed by the fish of the day, which was cooked to perfection. The most exciting part of the meal however, was the Baked Alaska. I have not seen that item on a menu outside of a cruise ship and even though I tend to skip dessert, I felt the need to give it a try. I’m glad I did. It was absolutely delicious. I even convinced the table adjacent to me to order some. The only thing it was missing was the tableside flambé.

The next morning, I began my tour of Kansas City with a brief visit to the Kauffman Center for the Performing Arts. As I was approaching the building, I thought to myself how similar it looked to the Sydney Opera House, and sure enough, it was designed by the same architect. The Kauffman Center is one of the most technically advanced performing arts centers in the nation, with each of its two major concert halls designed to be acoustically perfect. The halls share a common area which the designer hoped would serve as a space where people attend different shows can comingle. 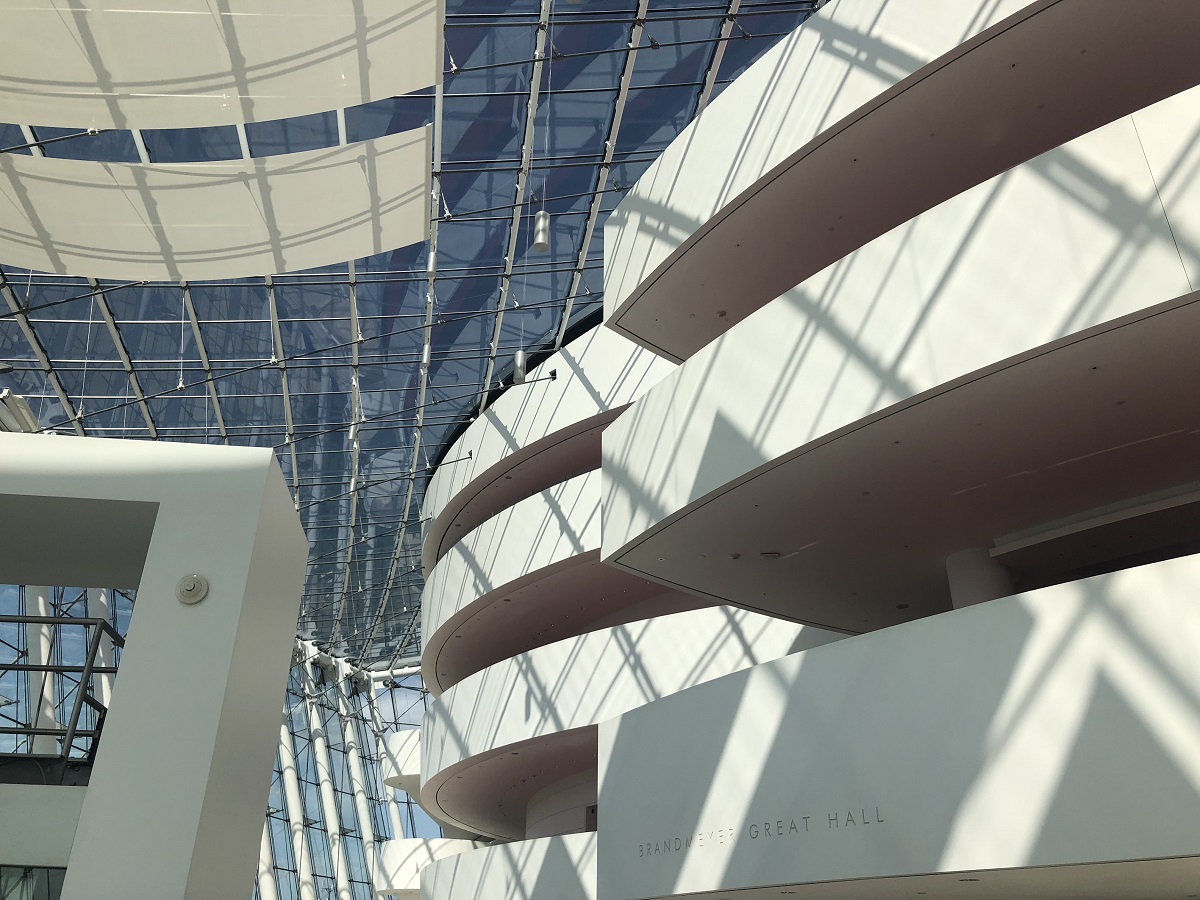 A short drive away is the Nelson-Atkins Museum of Art, which houses more than 35,000 works of art. The building itself is quite impressive and architecturally, it reminded me of the Philadelphia Museum of Art. Recently, the Nelson opened the American Indian galleries, which are the largest collection devoted to this category of art in the world. Another wonderful component of the museum is the outdoor Sculpture Park which contains more than 30 sculptures. Watch out for the sprinklers though. My guide and I received a complimentary shower while walking through the park, but it was welcomed given the intense heat of the summer.

All of this culture got me hungry, so I heard about a fairly new establishment that served up great BBQ called Char Bar. The majority of the meal didn’t blow me away; I found it on par with BBQ I can find locally in Nashville, but the one standout, and something that Kansas City is known for are burnt ends. I almost didn’t order them, but my dining companion convinced me to order a side potion. I still salivate when I think of them. Burnt ends may be the best BBQ item I’ve ever had…ever. Yes, they are that good. If you ever visit Kansas City, burnt ends are a must!

Spend some time in the Crossroads Arts District, consisting of fine art galleries, cute clothing boutiques and old historic buildings before heading out to Bistro 303, the gay bar where Kansas City’s LGBT community “begins” their evening. I don’t party as much as I used to, so I decided to begin and end my evening at 303. The laid-back establishment offers a nice cross-section of the city’s community and serves inexpensive, but well-poured cocktails. Within minutes of sitting at the bar, I was involved in a friendly conversation with some of the locals, who told me about Missie B’s, the popular drag bar in the city. Apparently, it’s the place everyone goes to after Bistro 303. I’ll have to find out for myself next time I visit. 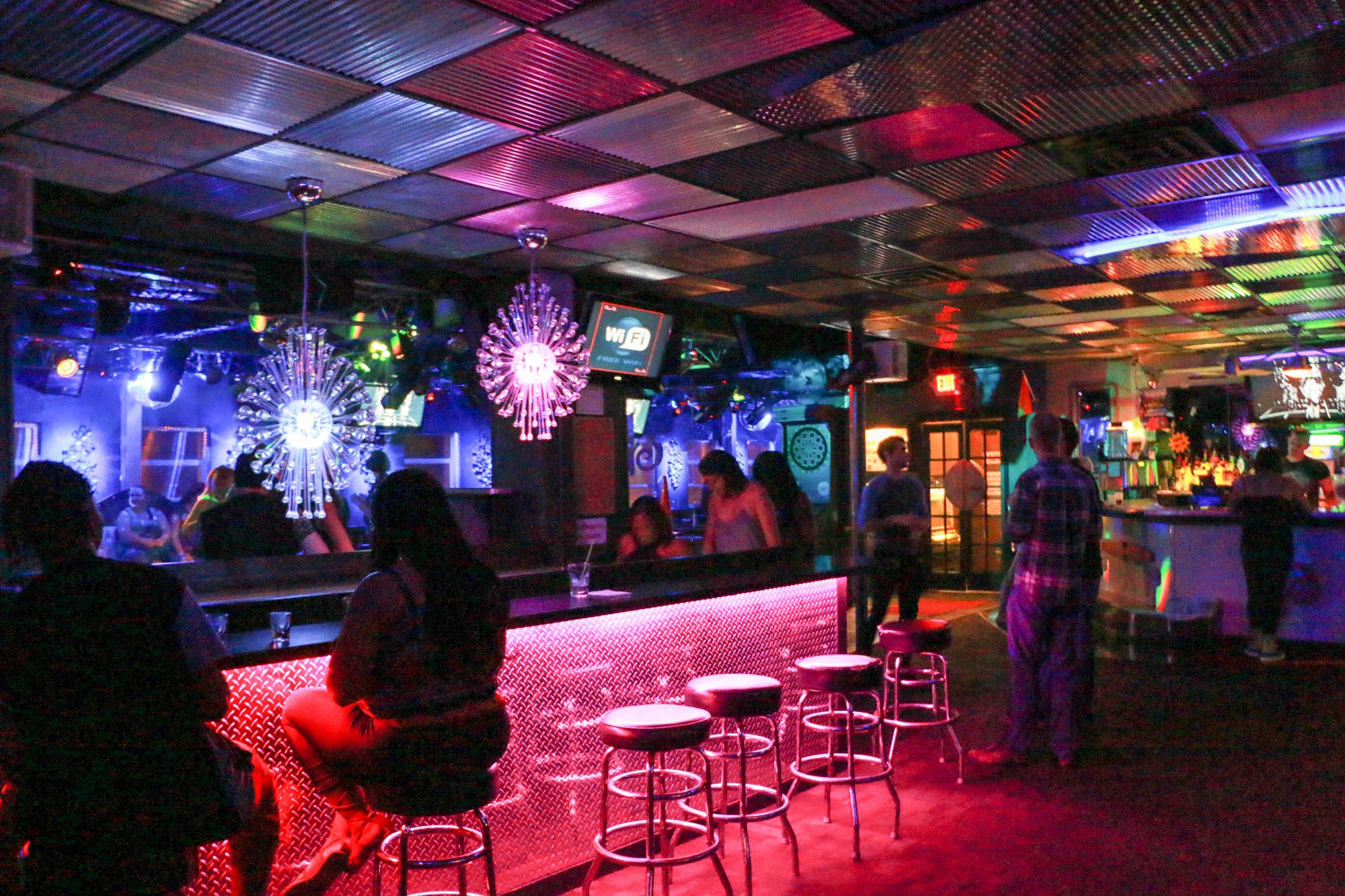 Other local gay bars worth visiting include Woody’s, Sidestreets, Sidekicks and Buddies. Hamburger Mary’s is another great option if you’re looking for a nice meal before heading out on the town.

If partying isn’t your cup of whiskey, wake up early the next morning and head to River Market for breakfast. In operation since 1857, the market is the largest farmers’ market in the region and consists of over 140 vendors. It was nice to grab a cup of coffee and freshly baked muffin and watch the bustling crowd begin their day.

Kansas City is home to the National World War I Museum and Memorial. The moving memorial provides a first-hand look into the war. I would suggest jumping on a guided tour of the museum as the volunteers are extremely knowledgeable about not only the war, but the museum itself. Soon after the war ended, Kansas City leaders formed the Liberty Memorial Association to create the memorial in honor of the men and women who had served in the war. If you have the chance, journey to the top of the 217-foot tower for unobstructed views of the city but be prepared to wait in line for a while. 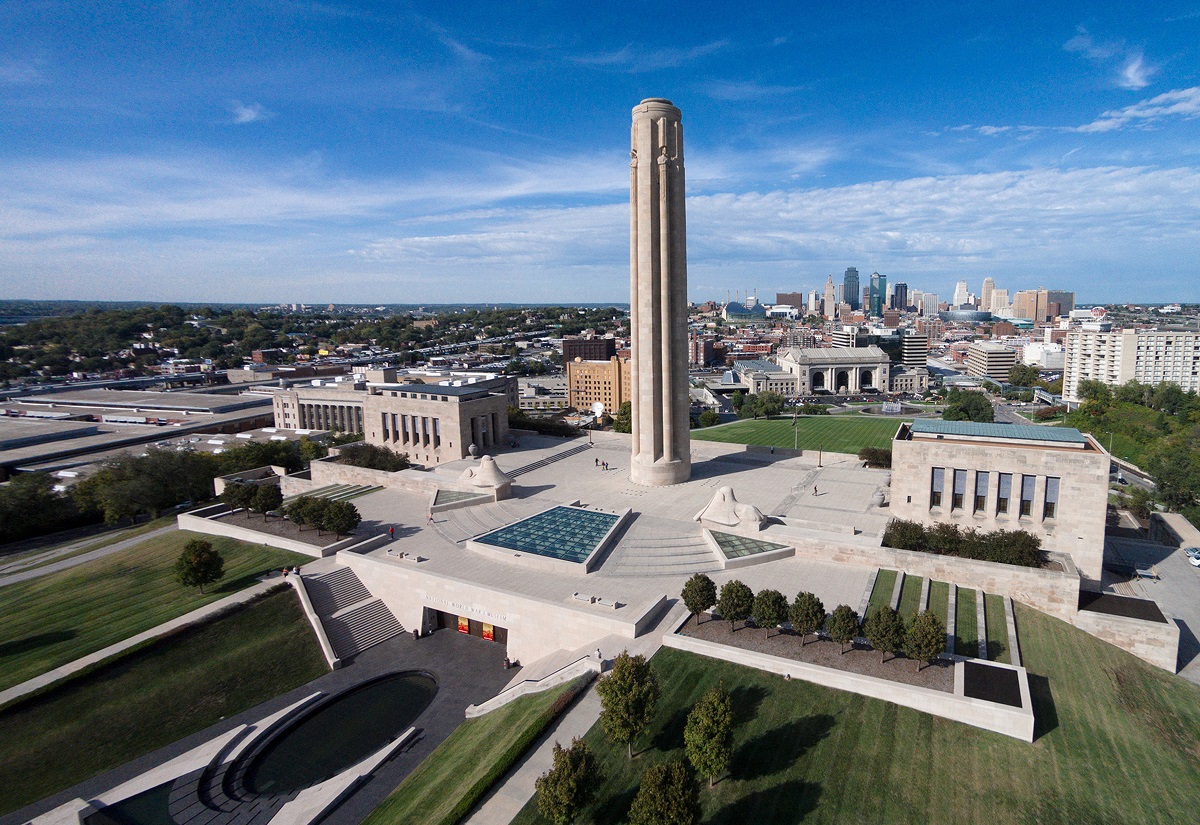 Those looking for a unique experience should head to SD Strong Distilling. Located in Parkville, Missouri, it is the world’s only known distillery in a cave. I was lucky enough to get a tour and tasting of the distillery located 65-feet underground.

For dinner, head over to Café Trio, an upscale, gay-owned restaurant which offers killer martini’s, a tasty menu and live entertainment on their grand piano. Begin your meal with the Trio Caprese consisting of fresh heirloom tomatoes, mozzarella, basil oil, cracked pepper and sea salt. It is the perfect appetizer to share with a partner. Follow that with the Diver Scallops with a charred corn risotto and lobster jus. I love a good scallop dish and Café Trio didn’t disappoint.

Overall, Kansas City was a pleasant surprise even though I didn’t have a chance to catch a Chiefs game. If you’re looking for relaxed, friendly, inexpensive city to visit, I would definitely add KC to your list.