There are a lot of gay destinations around the world. There are only a handful, however, that are absolute must-dos before you reach the pearly gates. Here is our list of the 10 ones that we think you should check out before you check out.
You’ve probably heard of some–but others may be new adventures just waiting for you to explore. 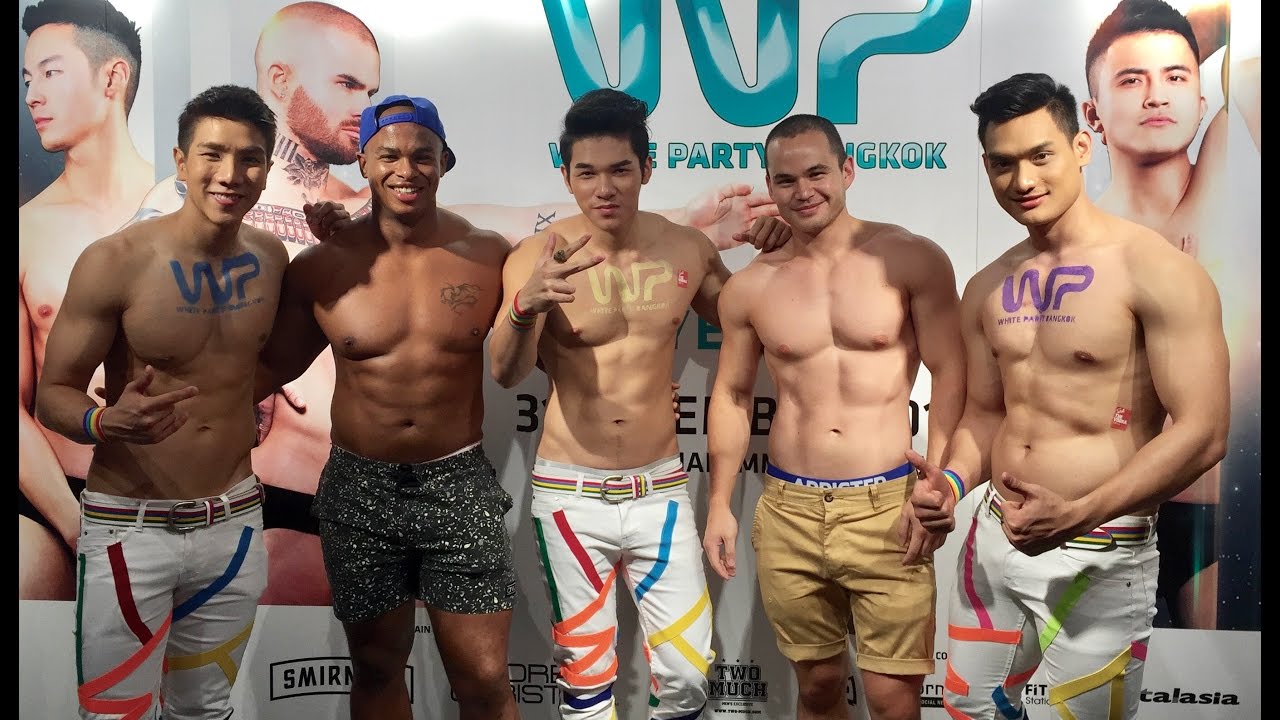 Bangkok has recently been getting more attention as a fun playground. From the new White Party Bangkok (which now takes place every December), to some of the popular nightclubs/bars such as Maggie Choo’s, DJ Station, G.O.D. and Stranger Bar, to the notorious “Soi Twilight” district, the gay scene in Bangkok really does make you feel as if you’ve entered an alternative, wonderful gay universe.

Orlando has long been a hotspot for gays, particularly on the east coast. One of the city’s hidden gems is Parliament House Resort. Known for many things (the drinks, dancefloors, go-go boys and the fabulous performers who come and entertain every year), it’s one of the few places out there where all types in our community are truly welcomed and celebrated (from twinks to bears to everything in between). Stay there during Gay Days at Disneyworld- it’s the center of the action. 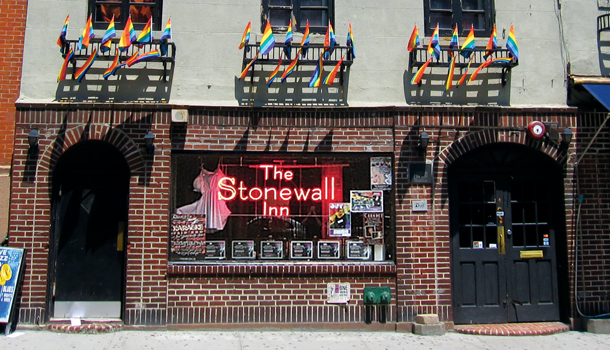 This is one of the more obvious choices on this list, but the 50th anniversary of the Stonewall Riots is taking place next year, and we can’t imagine a more appropriate place than NYC to have a drink as we celebrate 50 years of pride. Don’t forget to also check out the Stonewall National Monument across the street- the park which was designated, along with the Inn itself, as the first LGBT designation by the National Park Service in U.S. history. Thanks, President Obama! 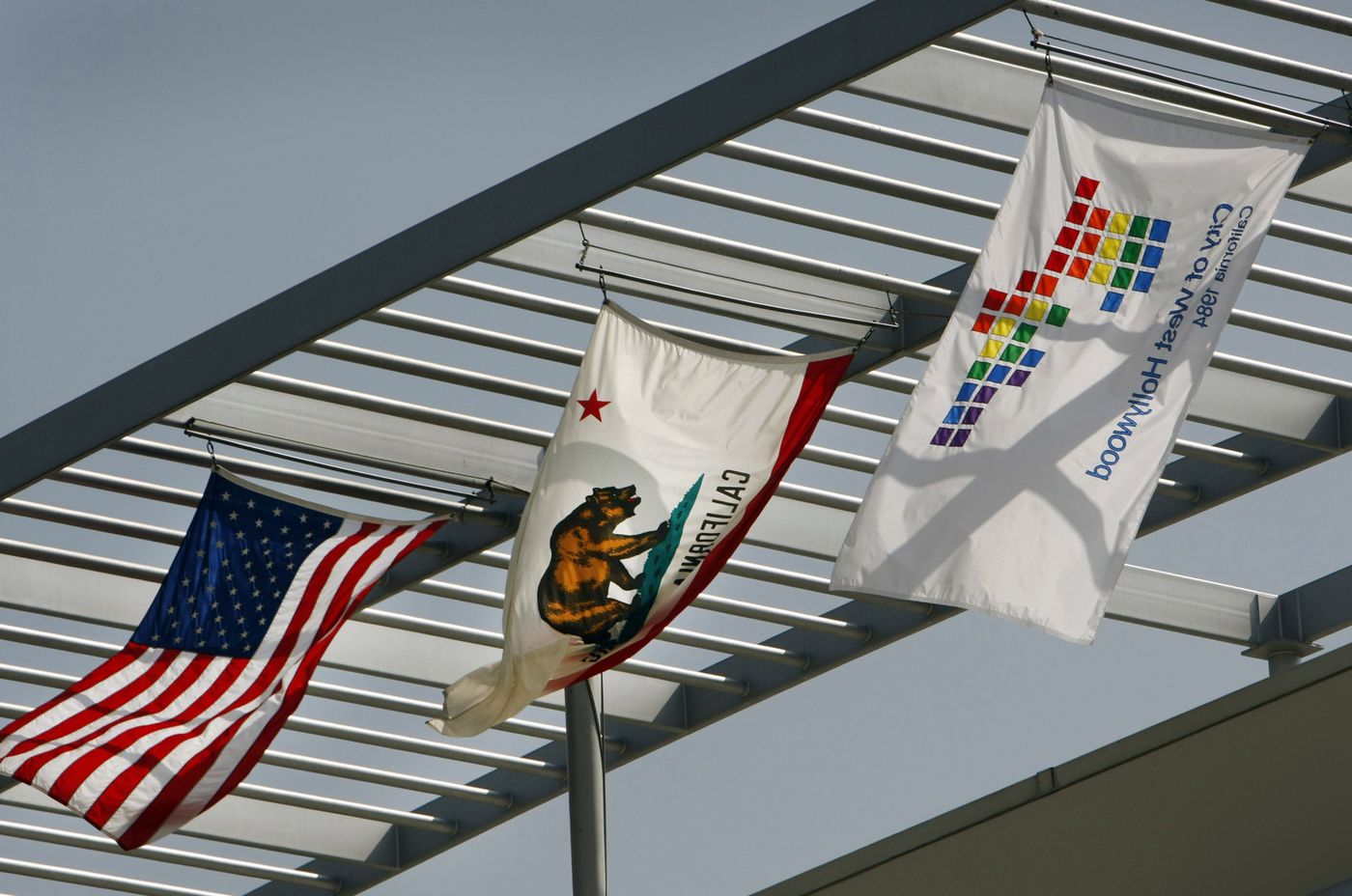 Another obvious choice, but West Hollywood is one of the oldest, and most vibrant villages in the United States. Incorporated in 1984 for the specific purpose of protecting LGBTQ people, the city contains many historic establishments, including Trunks, Motherlode, Cafe D’Etoile (one of the last remaining gay restaurants) and Gold Coast that are worth experiencing, as well as the clubs such as Micky’s, The Abbey, and Chapel that have some national notoriety. The L.A. Pride parade each year takes place in WeHo. 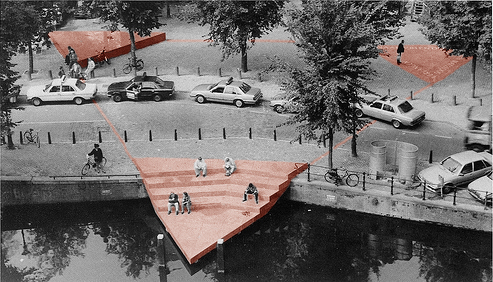 The world’s first gay monument was opened in September 1987. The photo above shows you the shape and design of it; three pink triangles which together create a larger triangle. It serves as a memorial for persecuted LGBTQ people; the pink triangle symbol was used by the Nazis on the uniforms of gay prisoners during the Holocaust. Because of this monument, similar ones were also later built in Berlin, Sydney, Tel Aviv, and Barcelona.

One of the hidden gems on this list that doesn’t get the kind of visibility and attention that it deserves is the Gay, Lesbian, Bisexual & Transgender History Museum in San Francisco. Located right in the heart of The Castro, the museum has housed some incredible artifacts from our community’s past, including one of the first rainbow flags (created by the original creator and artist, Gilbert Baker) as well as the bullhorn originally used by Harvey Milk and later owned by another icon of the gay movement, Cleve Jones.

A longtime destination for gay partygoers, the island of Mykonos has so many fun LGBT hotspots that it’s almost hard to count. Jackie O’s, both the town bar and beach club, are among the most well-known. There’s also the gay hotel Elysium, and let’s not forget the newly opened Lohan Beach Club which has already entered gay pop culture history with Lindsay Lohan’s recent performance (music provided by gay L.A. DJ Ryan Kenney), which went viral. 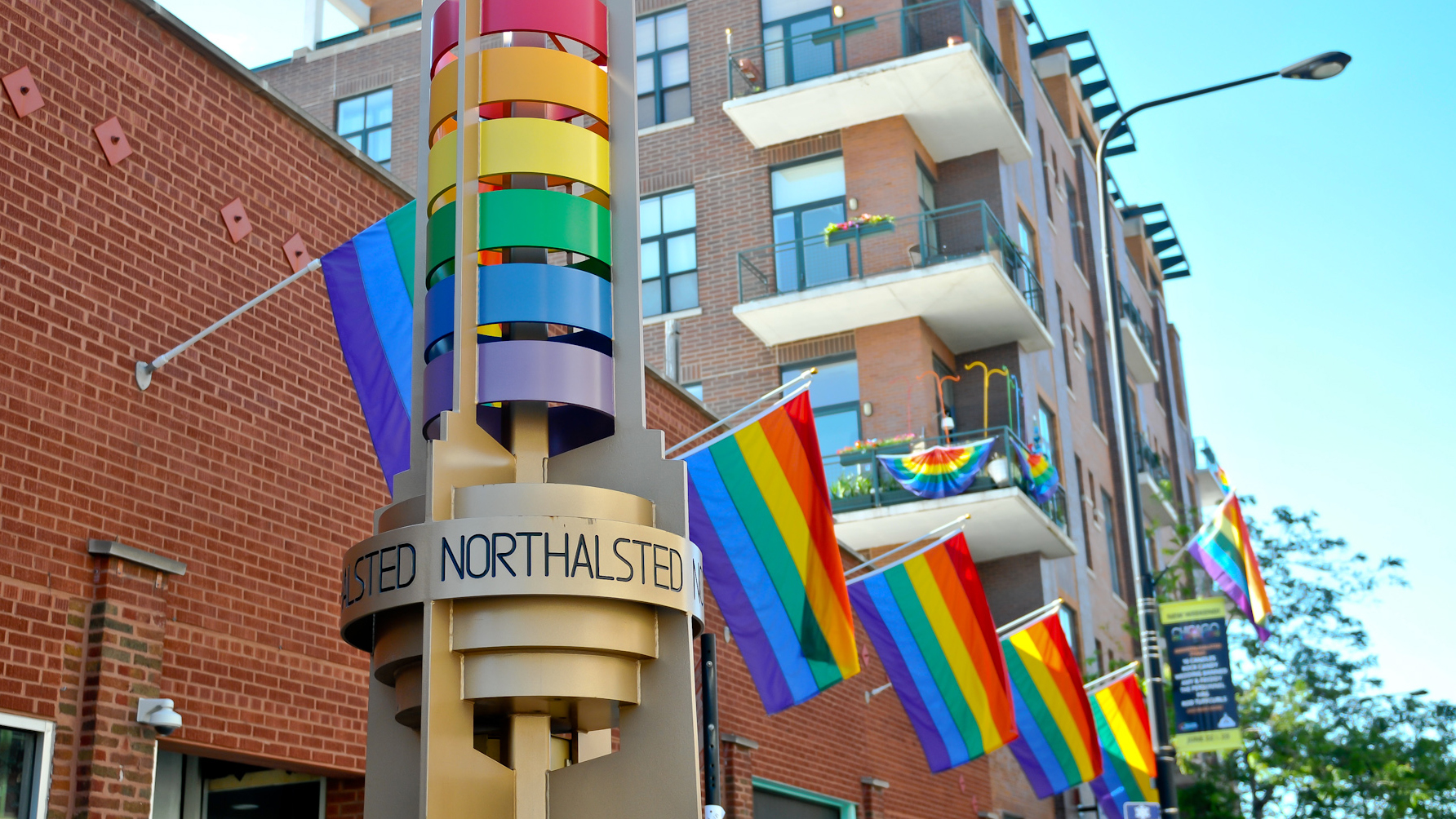 One of the only gay villages left in America, and the only once officially designated as such (by Mayor Richard Daley in 1997), Boystown features an outdoor History Museum as well as many bars, clubs and other types of popular establishments such as Steamworks that are frequented by visitors who visit from all over the country and the world. Chicago is also the home to the annual Market Days music festival, and also hosts it’s very own awesome annual Pride festivities in June. 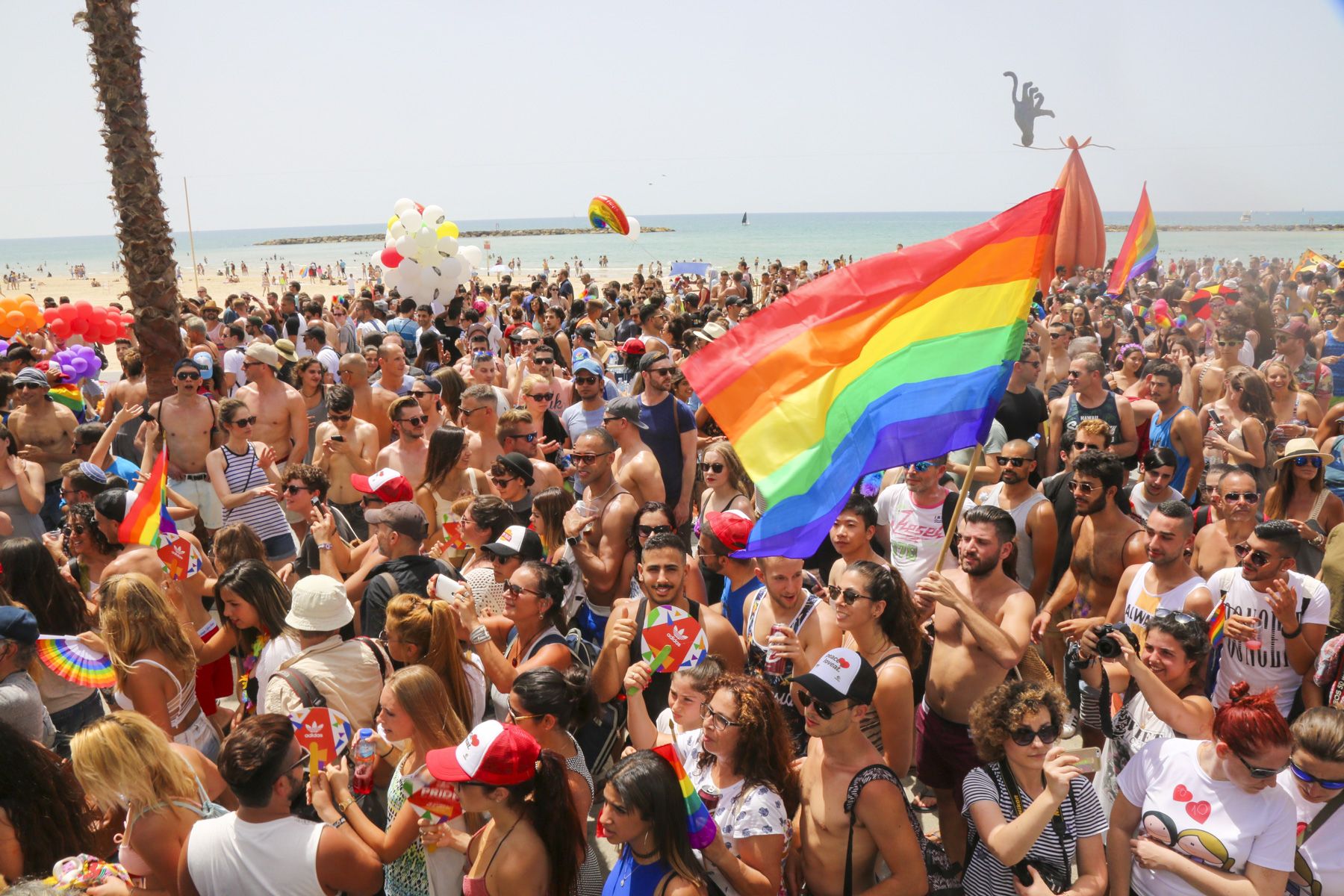 Tel Aviv has become one of the most popular global destinations for Pride in the last few years- not only because of the men, the weather and the longtime progressive culture when it comes to gays in Israel, but the big gay beach and the clubs/bars there that make it incredibly fun, including Shpagat, Amazona (their most prominent lesbian bar), Apolo Club and Video Pub (which has a cool, retro 80’s vibe). 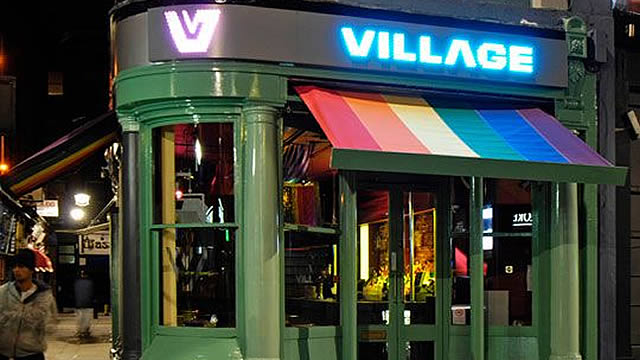 London is incredibly rich in gay culture, and there are definitely a lot of highlights to check out. G.A.Y. and Heaven are among the city’s most frequented nightclubs–gay or straight–and there are a bunch of bars in the SoHo neighborhood that are most definitely worth checking out, including Village, The Yard and Freedom. A great time to visit would be when the city opens the UK’s first LGBTQ+ museum, Queer Britain, in 2021. London Mayor Sadiq Khan said that the museum will send “a clear message to the world that London is a beacon of diversity.”