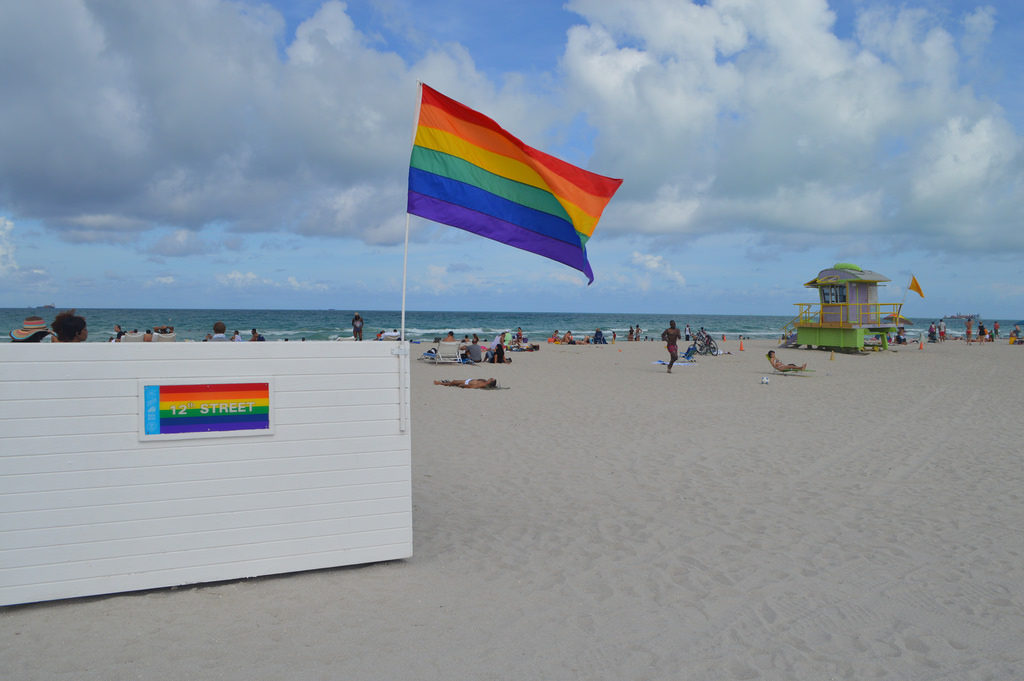 The internet has revolutionized, well, everything. What used to require a trip to the library and hours of research now takes seconds. That’s especially true when it comes to travel. Not 20 years ago a gay traveler had to mine travel book after travel book to find the locals at a travel destination.

Even in the age of the net, though, those guides remain relevant, offering readers a consolidated resource of where to find everything from gay-friendly bars and restaurants to hotels to the best neighborhoods to meet new friends. Rather than searching, they inspire browsing, one of the best ways to stumble upon great destinations and places.

We’ve selected ten of our favorites here which can still help a wary tourist find the best spots to hang out or to let it hang out.

Possibly the oldest of any gay travel guide, Bob Damron began compiling a list of business, nightlife and accommodation venues all the way back in pre-Stonewall 1964. Today, the guide still runs under his name and publishes guides for gay travel for both men and women making Damron’s a gold standard for finding the gays all over the world.

With a name like that, who could resist? The first Spartacus guide came out just after the Stonewall Riots prompted gay people all over the world to come together as never before. As such, the guide comes in a variety of languages and covers venues the world over. It also covers societal attitudes and laws toward gay people by country, which can come in handy for avoiding any legal entanglements while trying to socialize. 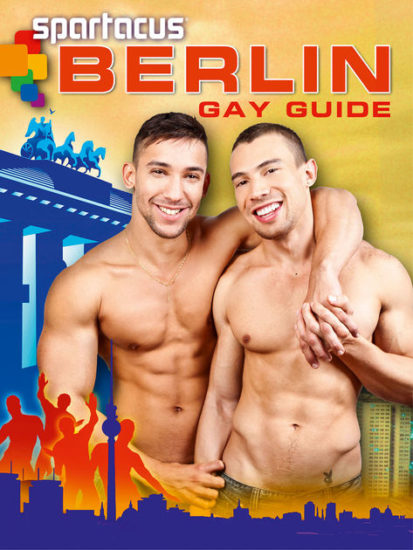 Speaking of irresistible names, The Worldwide Guide to Naked Places lists the names of—you guessed it—the best nude and clothing-optional gay venues in major tourist areas. The most recent edition came out in 2012 which makes some of the information in it suspect, so when in doubt, do a Google search or phone first before showing up with your travel package on full display.

4. How to Say Fabulous in 8 Different Languages

Plenty of tourist publications print their own guides to conversational travel language: that is, a book of common phrases. How to Say Fabulous in 8 Different Languages covers 8 of the world’s major languages (English, Spanish, Italian, Russian, German, French, Portuguese and Japanese), and contains phrases that every gay man and woman would want to use when looking for cocktails, or plain old tail.

Long before internet chatter and travel bloggers helped make queer travel the cottage industry of today, esteemed travel label Frommer’s began publishing their own comprehensive guides. Amazon still has the most recent edition, published in 2003. Why nothing more recent? Frommer’s redirected their focus to the web, where LGBTQ travelers can now find a whole section of current articles regarding everything from hotels to bars to the spread of marriage equality, and how nations have adjusted their laws and attitudes to court gay tourists.

Much like Frommer’s noted travel guide Fodor’s started putting out their own guide to gay travel in the late 1990s. That continues today, with sections devoted to both men and women’s interest, and with a series of titles. Learn everything from where to find the best circuit parties to the best martinis to that adorable bed & breakfast run by an adorable elder couple.

7. The Out Traveler Titles

Out Magazine publishes this series of travel guides geared toward men, with each different title focusing on a popular region or city. Out Traveler guides also place special focus on high-end and luxury destinations as well as timelines of gay history in a given city. For those not carrying a smartphone—or who don’t want to spring for foreign data charges—the guides contain useful maps to help members of the family seek out their distant relatives. 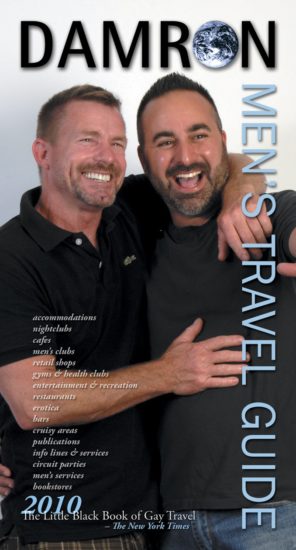 For the tourist who wants a bit of fabulousness and some creepy thrills in their vacation, look no further than Queer Hauntings: True Tales of Gay & Lesbian Ghosts. As the title implies, this guide focuses on so-called dark tourism for queer folk, identifying destinations supposedly haunted by gay ghosts all over the world. With a premise like that, we recommend the book to anyone traveling or staying home. Queer Hauntings makes for entertaining reading anywhere with its guide to things that go “bump” in the night.

In Exile focuses on the long, fabulous history of New Orleans, the home of one of the nation’s oldest gay bars. Less a tourist guide than a historical one, In Exile recounts the stories of pre-Stonewall gay culture from witness accounts, including the 1973 fire in the Upstairs Bar, where 32 gay men died in the flames.

10. Guide for  the Modern Bear

For lovers of wildlife wishing to see bears in their natural habitat, check out Guide for the Modern Bear, a travel guide to 14 major US cities and locations that attract the bear subculture. The book also contains useful guides to Bear points of interest—everything from the usual bars and dining options to shopping to neighborhoods with interesting architecture.

Our favorite bit: a guide to bear language, that serves as a glossary to gay bear slang.