Bears and leather daddies in the Tri-State area will have to find a new place to polish their boots because Baltimore Eagle is calling it quits.

Each Eagle is independently owned, and overnight, Baltimore‘s location of the internationally recognized leather bar family went from promoting a weekly jockstrap party to announcing its permanent closure.

Citing conflicts with owners of the Baltimore Eagle brand and building, management company 4 Crazy Guys, LLC released a statement saying they “are sad to announce we are ceasing operation of Baltimore Eagle effective Wednesday, July 25, 2018.” 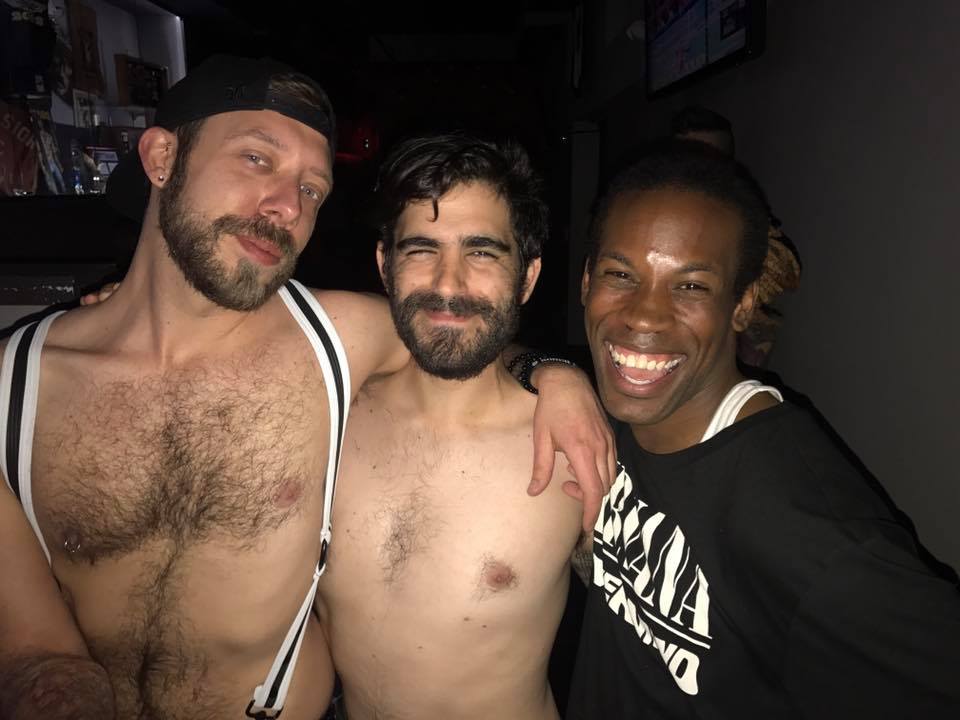 The statement mentions that the project turned from a dream into a nightmare.

“It is our sincere belief that the [owners are] actively manipulating the entire situation in hopes that they can void the lease and licensing agreements, thereby taking possession of all the assets of 4 Crazy Guys, LLC, not the least of which is nearly $600,000 worth of improvements to their building paid for by [us.]”

While we’re bummed to hear about the closing of another gay institution, there’s some relief in knowing the shuttered watering hole is not another “end of an era” closure caused by the rise of dating apps.

But cheer up, pups! There are still plenty of open bars in Baltimore. 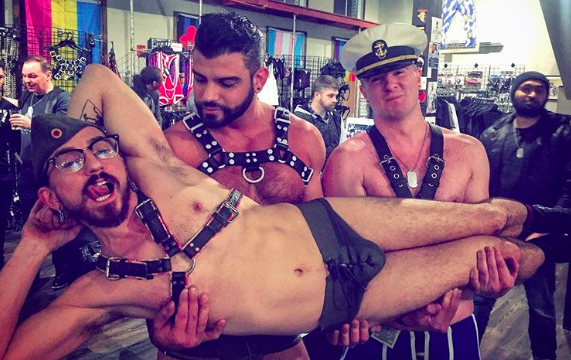 4 Crazy Guys, LLC, the current management of Baltimore Eagle, are sad to announce that we are ceasing operation of Baltimore Eagle effective Wednesday July 25, 2018. It has been our distinct pleasure to serve the LGBT and leather/fetish communities of the Mid-Atlantic region for the past year and a half. We hope that we were able to provide a space that served this community well and that we exceeded your expectations.

For the past four years we have poured our hearts, souls, and resources into this project. It has been a labor of love for a community, city, and state that we have come to feel very strongly about. When we started this endeavor just about four years ago, we were practically in disbelief that we would have the honor of re-imagining how a leather bar and an LGBT bar might serve the community in this new era. It was to be a joyous and fun, if also challenging, path that we would follow to retirement.

Unfortunately, this has been far from the case.

Unfortunately, the Parrish family has attempted to control our licensing of the brand as though it were a franchise. They have meddled in the operation of the business in countless ways, each of which we believe demonstrated their lack of connection and understanding of our community and our market. For instance, Ian Parrish at one time insisted that we could not have a woman pictured on our website. At another time, he suggested that while it is OK for a men’s event to be sexually suggestive, a women’s event should be kept benign. Likewise, he objected to the use of models in our marketing saying that they were not attractive because of their body type. He has attempted to force us to institute uniforms for our servers. Simply stated, his meddling in our marketing has been non-stop. He has claimed a right to view all the camera footage from our security system which we viewed as an invasion of privacy for our guests. This list goes on and on.

All of this proceeded while we continued to pay rent and licensing commissions to the Parrish family in excess of $250,000. Approximately four months ago, in protest over marketing that he did not like, Ian Parrish removed our access to the Baltimore Eagle Facebook Page and www.TheBaltimoreEagle.com website, which we and our legal team believes is a major violation of our licensing agreement—just one among many. We are also aware that the State of Maryland has conducted an investigation into the Parrish’s violation of Maryland Franchise laws with regards to Baltimore Eagle.

On top of all this, in the last six months, one of our lenders, John Yelcick and his brother, one of our investors, have caused great legal troubles for the organization, which we have been adamantly defending ourselves against. (More information about John Yelich can be found through Google.) The lender has arbitrarily decided to accelerate the terms of his payoff despite the fact there is absolutely no allowance for this in the legal documents governing his loan to the company. We also believe that they are in collusion with the Parrish family based on evidence they provided in a recent sworn deposition.

It is our sincere belief that the Parrish family is actively manipulating the entire situation in hopes that they can void the lease and licensing agreements, thereby taking possession of all the assets of 4 Crazy Guys, LLC, not the least of which is nearly $600,000 worth of improvements to their building paid for by 4 Crazy Guys, LLC, as well as all of the fixtures and equipment. Additionally, we believe that it is the intent of the Parrish and the Yelcick families to attempt to continue operation of Baltimore Eagle, cashing in on the goodwill created in the community by the current operators.

Unfortunately, we believe neither party is qualified to operate any bar and especially does not understand the needs and desires of the very communities to whom they hope to sell liquor. In the few months that John Yelcick was an active employee of the Baltimore Eagle, he made public statements that later caused our business to be labeled as transphobic, racist, misogynistic, and bigoted. We worked very hard to correct that misconception, but as far as we can tell he continues to stand behind his comments.

So, in the face of mounting legal expenses and having had this project turned from a dream to a nightmare by outside forces, we must now move on and hope that the communities and people we have come to love so much will find a new place that feels like home.