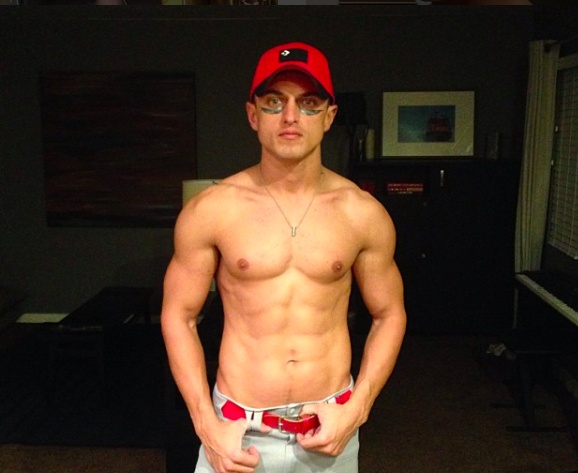 34-year-old Isaiah Walter  is a self-described “serial entrepreneur” who’s always on the go when it comes to work. He’s a web developer, a photographer, and has a “few other business irons in the fire.”

The former firefighter, who will soon return to the force, is also working on GaySD.com, a guide to the gayborhood in San Diego.

If that is not enough, Isaiah’s also the official photographer at multiple parties throughout the weekend and our GayCities San Diego Pride Guru.

What makes San Diego Pride special?
San Diego is truly America’s Finest City! Our weather is perpetually 72-75 degrees year-round, the festival is just down the street from University Avenue, everyone here is really laid-back, and there’s always something going on all weekend for pride. I fell in love with San Diego for the laid-back “live-and-let-live” atmosphere – between that, the sun, and the sea – San Diego Pride is hard to beat!

Why are you a San Diego Pride expert?
Well, I’ve lived in San Diego for nearly 10 years now, and in that time, I’ve really become engrained in the scene. I’ve worked as a photographer for many of the bars and nightclubs for the past several years, which has given me the opportunity to get to know the “ins and outs” of the community and local scene. So, I’d like to think I have my finger on the pulse of what’s going on in San Diego.

Best Pride cocktail?
Unicorn Mule from Uptown Tavern. They make their own berry-infused vodka, which makes for a spectacular sensory experience.

Sunday brunch?
The standard “gay” staples are the brunch buffets at Urban Mo’s or Baja Betty’s. A LOT of people start Sunday Funday at Mo’s. InsideOUT is our newest gay hotspot and while I haven’t been there for brunch yet, I’ve heard it’s amazing and I can tell you that their lunch/dinner menus and craft cocktails do not disappoint.

Place to see-and-be-seen?
University Avenue is the “main drag” of Hillcrest – it’s where nearly all our gay bars and restaurants are located, so it’s definitely the place to see everything that’s going down in the gayborhood.

Best cruising spots?
Not being big in that arena, I can only tell you what I’ve heard. We have Club San Diego, which is the local bathhouse right in the heart of Hillcrest on 4th Avenue. Aside from that, The Eagle and maybe Black’s Beach the nude/gay beach out by Torrey Pines, and parts of Balboa Park at night.

Hit up the bars, that’s where everyone is at!

Best places to eat?
InsideOut – Australian Hot Stone Steak, Lavender Tea Braised Pork Belly, Ahi Tuna Poke, and Grilled Octopus.
Arrividerci – The closest thing to authentic Italian food that I’ve been able to find in San Diego. All of their dishes taste just like what I experienced in Italy!
Tacos Libertad – I’ve had all their tacos, and you really can’t go wrong. The Caja China Pork Belly, and “!El Tacubano!” are my favorites. 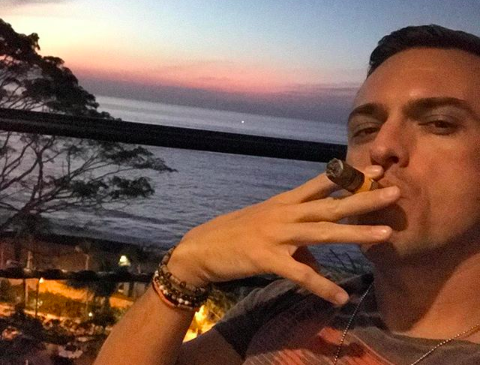 Best hotels for Pride visitors?
Unfortunately, San Diego doesn’t really have any hotels in the Hillcrest area. Try the Hotel Palomar, W Hotel, or Andaz, all of which are gay-friendly brands downtown. The DoubleTree Mission Valley is hosting a few gay pool parties over the weekend, so that would be another great option if you don’t want to be downtown.

Which Pride party is a must?
Unite! Music Festival has circuit events going on all weekend long with official after-hours until 6 am or later, and they are big on “party with a purpose” so they donate a portion of the proceeds to the Sunburst Youth Housing Project for LGBTQ youth in San Diego. The pool parties, a Dreamgirls Revue drag show at Urban Mo’s, and lots of other events happening around San Diego during Pride!

Best spot to watch the Parade?
Flicks and Rich’s both have street-side patios that are right in the middle of the parade route. Flick’s live-streams the parade to the TVs inside, so you can stay inside and avoid the crowds on the patio. Rich’s has two patios that you can see the street from, in addition to an elevated platform that they set up outside in their parking lot (complete with a liquor license, so you can hang onto your cocktail).

Keep up with Isaiah on Instagram for all his entrepreneurial endeavors

Olympic diver Matthew Mitcham got married, but some family didn’t attend—guess why?

This carnaval could be sexier than Rio, look at these pics

Olympic diver Matthew Mitcham got married, but some family didn’t attend—guess why?

This carnaval could be sexier than Rio, look at these pics

Eurovision: Your insider guide to Rotterdam in the Netherlands