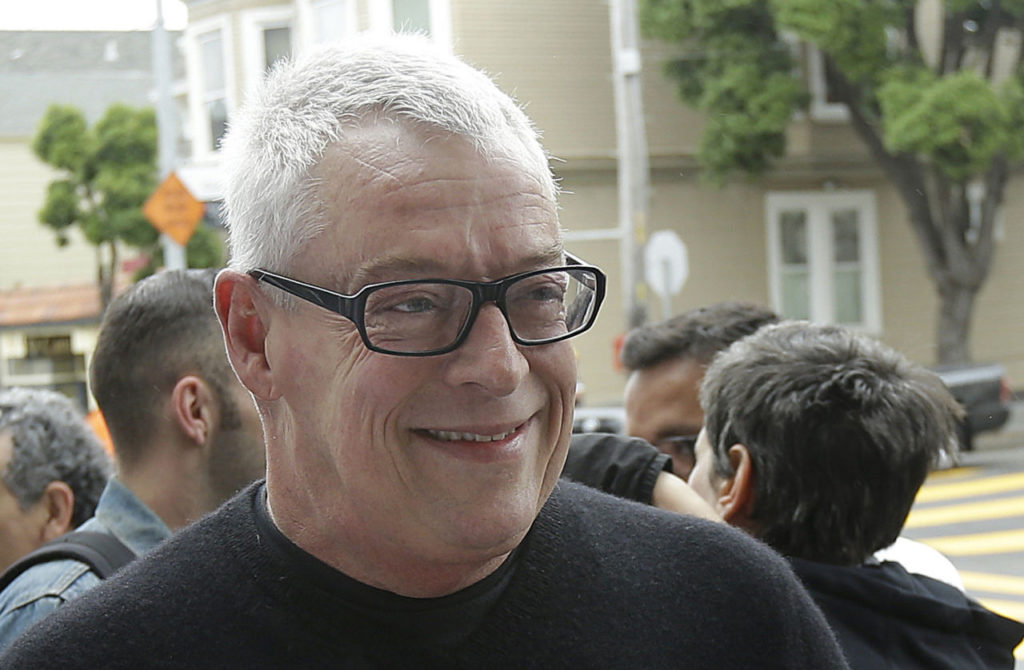 Cleve Jones has seen and done it all. Having hitchhiked from Phoenix to the gay promised land in 1972, he witnessed the rise of the Castro as a worldwide destination, the life and death of his great friend Harvey Milk, the decimation of HIV/AIDS, and the birth of marriage equality on the steps of city hall.

And the world has seen it through his eyes, too. He was portrayed by Emile Hirsh in Gus Van Sant’s Milk, which was partly shot in the Castro, and Guy Pearce in ABC’s miniseries adaptation of his autobiography, When We Rise: My Life in the Movement.

Despite the accolades, Cleve can be seen hanging out at various spots in the Castro and around the city just like a regular gay guy.

GayCities talked to the San Francisco patron saint of the movement about his love for his hometown and where he plans to hang out this pride season.

I’ve lived in the middle of Castro and 18th Street on and off for 40 years now. When I arrived in the 177 hitchhiking from Phoenix, it was a sleepy neighborhood populated by Irish and Scandanavians. But this was the era of white flight when people were leaving these small narrow drafty Victorians in the city for the burbs, where they could buy bigger houses with yards and better schools. Like a lot of cities, San Francisco’s population was actually declining, and it did not rebound until the 1990s. The Castro was really quiet as straight people departed and gay people moved in, with just a few gay bars, about a dozen lesbian venues. Gay bars were scattered around the city, with a lot on Polk Street, which was actually considered the center of the community at the time, Haight-Ashbury and SOMA.

How did you know San Francisco was the place to be for a young gay man like yourself?

There wasn’t so much information back then, but I’d read about the city as a tolerant place in Life magazine in 1971. I just knew I had to get the hell out of high school and come up here.

What did you discover when you arrived?

It was an amazing scene, extremely sexy, influenced by hippies and beatniks. The city had a long history of bohemian excess, and I fit right in. Before the onset of HIV/AIDS, gay liberation in a lot of ways was sexual liberation. There was a lot of freedom but at the same time, it was also a more closeted world. People had to make a major choice between coming out and losing the support and affection of parents and family. The other thing that really contributed to the growth of the gay ‘hoods was the severely limited employment opportunities for gay people. That created businesses, coffee shops, bookstores and so forth where people could support themselves outside big business. Even with the large banks, they would only hire gay people to work in the branches in Castro but not so much at the headquarters downtown.

How did you get by?

I scooped at Double Rainbow, which is now Hot Cookie. I sold Time Life books over the telephone and worked as a bike messenger. A lot of us worked various jobs, mostly part-time. We would ply into flats with six boys, and they became cauldrons of creative energy: out of these places came the first gay marching bands, chorus, a gay synagogue, the first film festival, all the things we had lost back home when we came out. Everyone felt they were supposed to contribute, and they did. When Harvey Milk moved here in the early 70s, it only accelerated the trend, and the center of the community moved from Polk Street to the Castro, where Harvey opened his camera shop. At first, there were only a few gay bars, but that number exploded. It was an extremely vibrant place, and it quickly became a magnet for gay people all over the world. 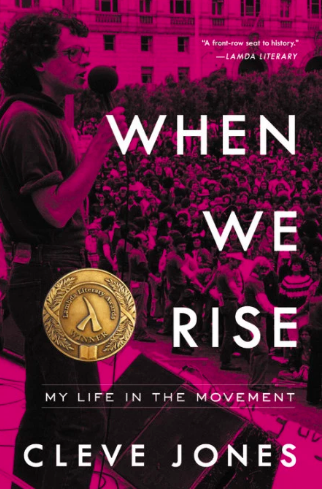 Where would you recommend visitors go?

Our quint little gay hood has become quite the international destination. For people arriving here, go to Harvey Milk Plaza and check out the gigantic rainbow flag flowing over the Castro, the design for which was created by my friend Gilbert Baker. Across Castro Street, check out Twin Peaks Tavern, one of the first gay bars in the world to have plate glass windows. When I first saw it, I was astonished because we were used to having no windows, darkened windows and a secret knock to get into gay bars.

Where can we find When We Rise?

Stop by Dog Eared Book and pick up a copy. Also, download the Detour app, which is my guided tour of the Castro. It’s getting amazing reviews.

Where do you dine?

I love seafood, and I’ve been going to the Anchor Oyster Bar since it opened. Harvey Milk was the first person to take me there. I also enjoy Catch on Market Street, which occupies the space of the former site of the AIDS Memorial workshop. It was also the last location of Harvey’s Castro Camera store. (Another location is where the HRC store is now.) And a section of the AIDS quilt still hangs there. Coffee or lunch on a Sunday is great at Cafe Flore, right next to which is a fresh local produce market on Noe Street. Further down the street, you will run into Duboce Park, which was once known for its heavy concentration of lesbians, the Duboce Dykes. It’s a great place to take your dog for a walk.

Where do you hang out at night?

I’ve been hanging out at the Mix since the 70s. The first bar I ever entered legally was the original Stud on Folsom Street, now the site of the Holy Cow. It was called the Village and then Uncle Berts, and it was a place where everyone was welcome–your color or body type or your age didn’t matter. The bartenders were nice and the drinks were strong. I’m still a fan of Twin Peaks, where I join the other silver headed folks. [Laughts] 440 is very old school gay bar, and the Lookout is both friendly and hosts a lot of benefits. I used to stop by Q Bar when Juanita More was doing Booty Call there, but now it’s mostly a younger crowd, and I don’t want people to go: Who is that old guy?

SF is a great walking town because it’s compact with great views.

A lovely walk starts at the corner of Castro and Market Streets. Head up the hills to Corona Heights which have amazing views of the entire city. You can also head to Buena Vista Park, then walk down Haight Street until you get to the AIDS Memorial Grove, which is a beautiful place for contemplation and honoring those we have lost to AIDS. I’ll sit and remember my friends and then walk to the ocean.

The gay beach is still there, at the southwest corner, and on any sunny weekend, you’ll see hot men and cute boys, not to mention views of downtown.

And the pot peddlers…

Well, these days that’s diminished because it’s legal to purchase weed in the city. That’s all for the better–people are not being arrested and jailed just for Marijuana. We can thank in part Dennis Peron for that, a gay man and former pot dealer who led this fight to make it legal, and we are a leader on this here in the Bay Area. Just one of many I should add to the list of things on which we are leaders: same-sex marriage, the gay games, the AIDS quilt, and Frameline’s film festival. On that note, no visit to SF is complete without taking in a show at the Castro Theater, one of the most beautiful in the country.

Emile Hersh played you in Milk, and of course, your memoir When We Rise was made into an NBC miniseries. How do you feel about how your life and your city’s community has been depicted by Hollywood?

There have been a lot of really good films based on gay life here. David Weismann’s beautiful film We Were Here, which looked at the impact of AIDS on the community. Last Call at Maud’s, about lesbian bars scene here, is great and so is Rob’s Epstein’s The Life and Times of Harvey Milk. The set design on Milk was really amazing, accurately recreating the look and feel of the ‘hood and Harvey’s camera store. I was proud to be a part of Milk and When We Rise.

Other advice for visitors?

Be sure to stop at Strut, the San Francisco AIDS Foundation’s clinic in the Castro to get screened for STDs. Do everyone a favor, and take care of yourself.

On the fun side, stop for a drink at Harvey’s and remember that Sylvester used to sing there on Sunday afternoons. Check out the historic photographs, including photos of Harvey himself.

It will take you back in time.