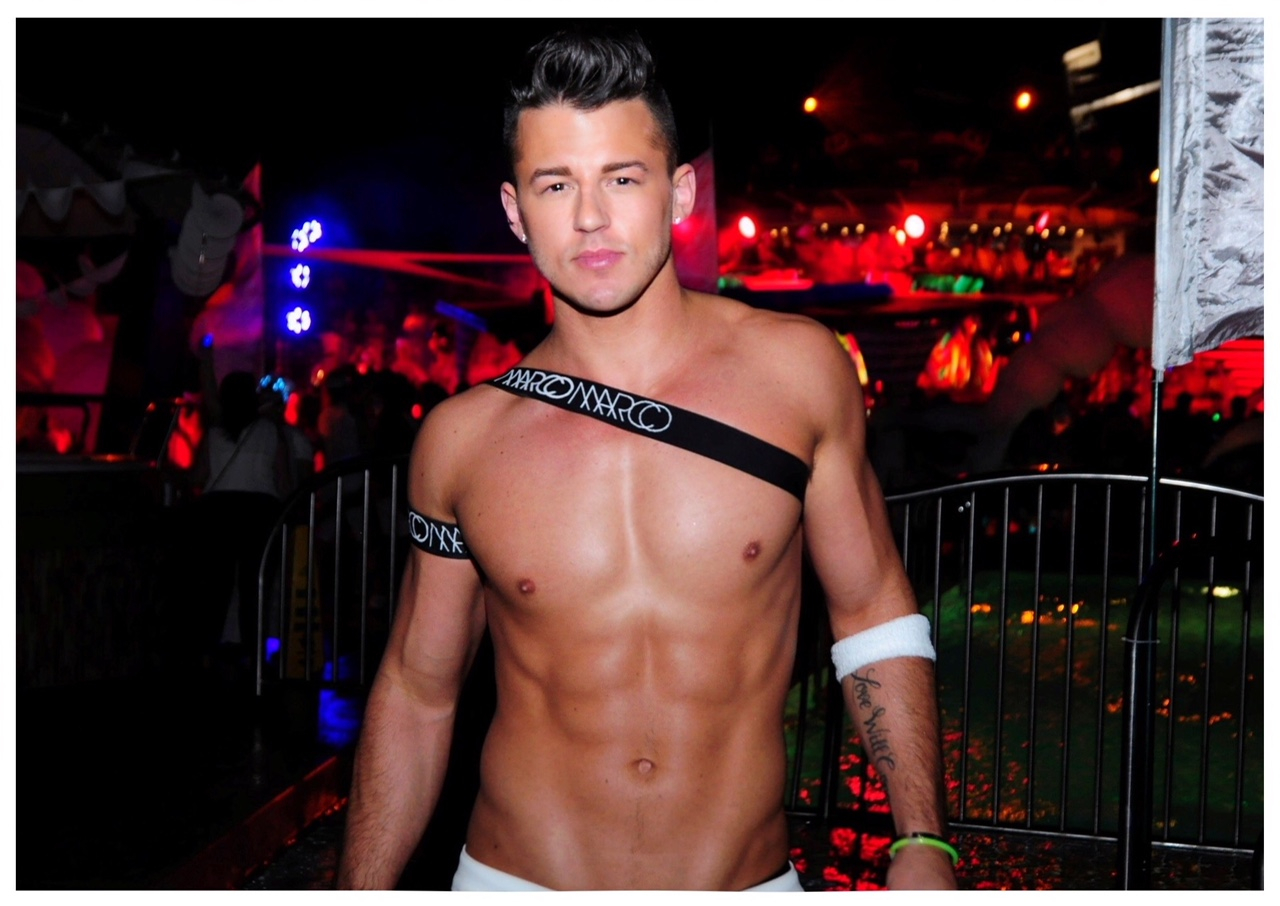 Denizen of West Hollywood, and party promoter of TouchThursday at The Chapel & FeverFridays at Revolver, he gets to watch the mirth and miracle of Pride alight right before his eyes every year. Murray also had a recurring role on the short-lived reality show What Happens At The Abbey, where he showed off abs, his tolerance for alcohol and goofy sense of humor.

GayCities caught up with Murray to ask about the current state of his life, the West Hollywood scene and how to wring the most pleasure out of Pride 2018.

I travel all over during pride season, and have hosted at a few international prides across the world, but Los Angeles is my home so I think you always enjoy that the best. It’s your local community.

Right now I’m just working on photo shoots & my travel schedule. I have a couple weekly parties in LA that keep me busy and playing around with music on my off time

I really love Miami and Sydney, Australia. This summer I’m going to Madrid for the first time which I’m really excited about. And I’ve always wanted to go to Brazil.

I stay pretty active in local events, but I want to do more. Last month I decided to go to Vietnam with my friend to visit orphanages and a couple children’s hospitals to bring supplies and money. [It was] probably one of the most rewarding things I’ve ever done. I can’t wait to take more trips like that. 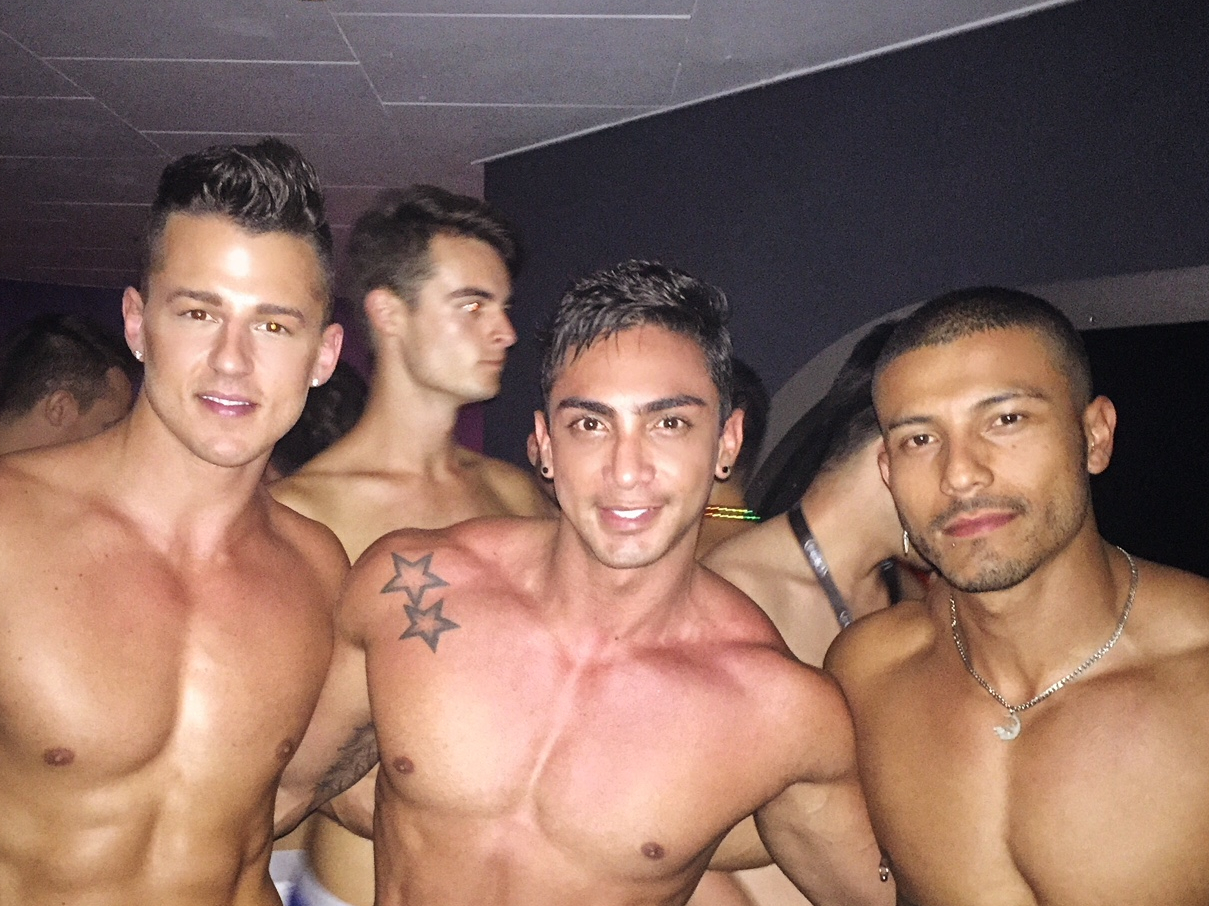 The Abbey is always a must when you’re in LA. If you haven’t been to or heard of The Abbey, you are missing out on LA nightlife. Revolver in West Hollywood is great for a local venue, more intimate with good drink specials and a great crowd. Mickey’s is always really busy with great bartenders and good music, plus West Hollywood is centralized so you can walk to all the bars from one another.

Best cocktail probably goes to the Abbey. They have sexy staff and a drink list of like 90 drinks. Try the wild berry martini.

I think downtown LA has a cute LGBTQ scene, it’s a hidden gem in itself with fun bars, but its so far that its hard for most people to want to go. If you do, check out GPS at The Globe.

Where do you go to see-and-be-seen?

If you want to be seen I would say Catch LA for a dinner location and dress cute. The Chapel at The Abbey is the local watering hole.

What are the best cruising spots during Pride?

Any gay bar. Put on a sexy tank top and go flaunt it. Confidence is key.

What are the best places to eat and why?

If you’re looking for food around the bar scene, The Abbey has an amazing menu and lots of space to eat! Beaches WeHo has great food and is quick! Kitchen24 has a great menu and is open all night.

Which hotels do you recommend for Pride visitors?

What makes LA Pride special or different from the hundreds around the globe?

I think LA is a leader in the LGBTQ world. A lot of people move here to do more with their lives, a lot of people are so active here in their community. Not only that but we have so many straight allies that come out to support Pride, it’s more than just our community, it’s a whole part of our city that comes out to celebrate. People in LA aren’t afraid to be themselves, everyone is here to live their best life, we are diverse, we embrace that, we are happy. It’s an amazing city.

Which LA Pride party is a must?

The Pride parade dumps right out into the West Hollywood bar scene; everything is walkable. Do the bar crawl and experience it all. We have a few new bars in the city like Beaches, and The Bayou. Make sure to check them out while you’re walking around too.

Any recommendations for finding the different crowds like you? Twinks, bears, daddies, leather, mixed, etc?

Each bar has their own crowd. West Hollywood keeps it pretty cute and diverse. Twinks, daddies, studs, Latin vibes, queens, drag queens all mixed in. Gym Bar has the guys that watch sports, Trunks &Motherlode have more of a daddy crowd. Mickey’s has a strong Latin crowd, so does Blow Fridays–both cute. Revolver and Beaches both have a lot of locals–sexy crowds. Flaming Saddles and Bar10 both have a really mixed crowd. The Chapel and The Abbey have an upscale crowd from twinks to daddies and everything in between. [Laughs]

What’s the best spot to watch the parade that most people don’t know about?

If I told you that, it wouldn’t be a place people don’t know about. [Laughs] Just find yourself a place on the street where you can get cocktails and have fun.

Where’s the best spot for a Pride Sunday brunch?

Hamburger Mary’s is great for brunch and a drag show. Revolver has cheapest drink specials. The Chapel has [the] sexiest crowd.