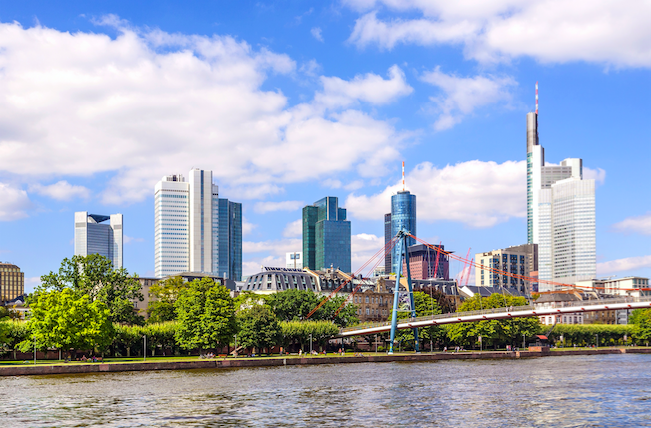 Frankfurt, Germany, is host to one of the most glorious Pride celebrations in the world — and now it’s easier to enjoy than ever.

German airline Condor offers non-stop flights from Louis Armstrong New Orleans International Airport direct to Frankfurt. And not just any flights: Passengers receive complimentary checked baggage, beverages and meals as well as in‐flight entertainment, all included in the base fare.

That makes it easier and more comfortable than ever to not just partake in Pride but visit the historic city that is also Germany’s financial capital.

Frankfurt Pride is just the first reason to check out this European destination.

Here are six reasons to visit Frankfurt, starting with Pride 2018.

Germans know how to party, and Frankfurt Pride takes full advantage of the country’s knack for good times. Known as Christopher Street Day (yes, named for the famed site of the Stonewall Riots), Frankfurt Pride features people of all sorts in fabulous attire (or lack thereof). CSD celebrates equality and freedom with a parade and parties spread over three days in the city’s numerous outdoor venues, bars, and discos.

Frankfurt’s queer ’hood sits in Alte Gasse, north of Konstablerwache, a central square. The locals refer to the area as the “Bermuda Triangle” party because tourists can disappear there for long periods before re-emerging. The city of Frankfurt does not require bars to close, so many stay open for entire weekends, especially during Pride. Each bar or café has a special character, ranging from dive-pub to dance party fueled by house music.

Some of the best are these: 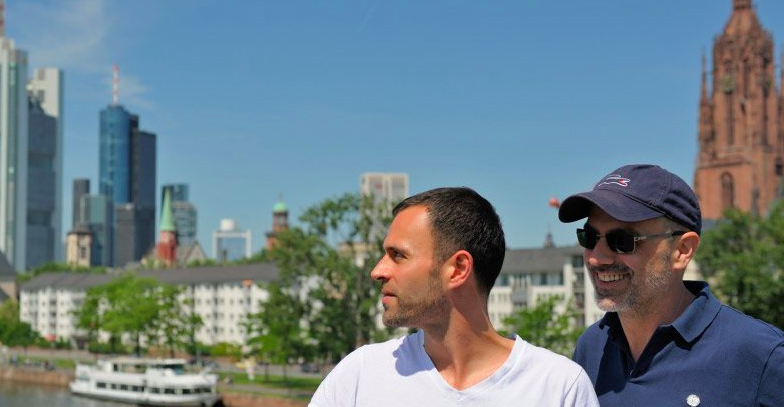 The city’s full name is Frankfurt am Main (“mine”), or simply FFM. It’s built on both sides of the Main River, with scenic walking and biking trails. They’re great for folks wanting to stay in shape — or for anyone who fancies a romantic riverside stroll within the city.

Frankfurt is Germany’s financial capital, and it is rich in culture, in art and in history. Take advantage of the opportunity to visit the city’s first-rate museums: 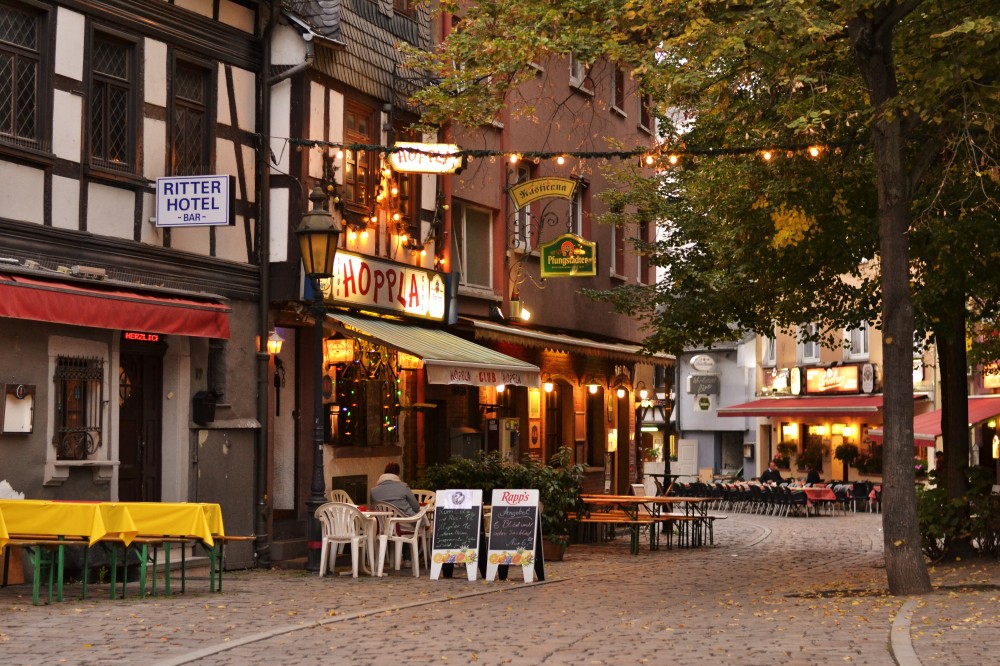 What trip to Germany would be complete without sampling its beers and ciders? Frankfurt features a number of classic beer gardens. Much like the city’s club scene, each Biergarten has its own style and flavor. Here are three to check out.

Condor offers flights from New Orleans to Frankfurt on Thursday and Sunday on a Boeing 767. There are three different classes on all flights: In addition to Economy Class, Premium Class and Business Class are available.

The Frankfurt Airport also offers easy access via air or rail if you want to visit other European destinations. Start your trip in Frankfurt and then train it to popular gay ’hoods in Cologne, Munich, Berlin, Brussels, and Zurich. You’ll get there in four hours or less.