There’s plenty to see and do in London, of course, but balancing your adventures in Soho and Vauxhall with a bit of R&R on the coast or in the countryside can really turn a great trip exceptional.

There are the Roman Baths in Bath, Shakespeare’s country in Stratford, and the clubs in Brighton.

Popular YouTuber and musician Doug Armstrong loves the urban London experience but is a big fan of hitting the countryside for some R & R. “A group of friends and I rented a beautiful 16th-century cottage in Kent last summer [one hour by train from London]; it was surrounded by lush green gardens, overlooked Eastwell Manor Country Estate and was within driving distance to some quaint villages and camber sands beach, for lovely walks & tea room lunches in the day,” Armstrong tells GayCities. “It was a so-very-British getaway and a great way to spend a few days with friends. Whilst with my last boyfriend, we became big fans of weekend spa breaks. There were plenty of places within an hour or two of London that would offer fully comprehensive weekend packages so you could get lost in each other’s company and make the most of the weekend without worrying about planning. Usually, we’d make use of the spa, enjoy walks around the local grounds or English countryside and tasty meals in the restaurant. When you spend most of your time in a built-up city, there’s nothing quite like fresh countryside air and the peacefulness of being relatively in the middle of nowhere.”

1. Windsor: 30 minutes from London by train 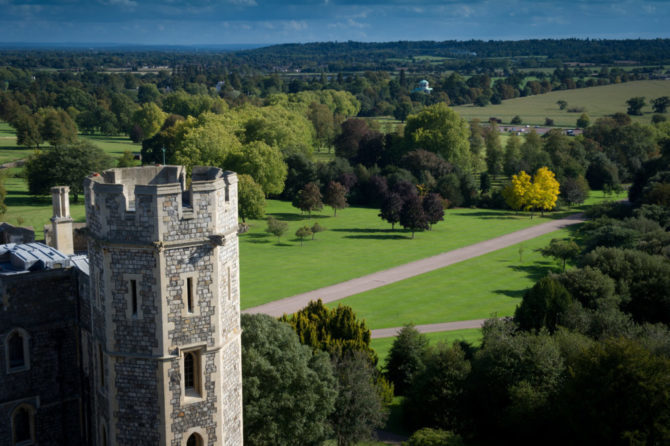 Experience the glamour of Windsor Castle, where Prince Harry and Mehan Markle will marry, on a trip to the Queen’s favorite weekend home, open year-round (even when the royal flag is flying overhead). Stroll through Windsor Great Park, walk in the footsteps of Princes William and Harry at the remarkable Eton College, and get up close and personal with a real beefeater as you catch the Changing of the Guard up at the castle. 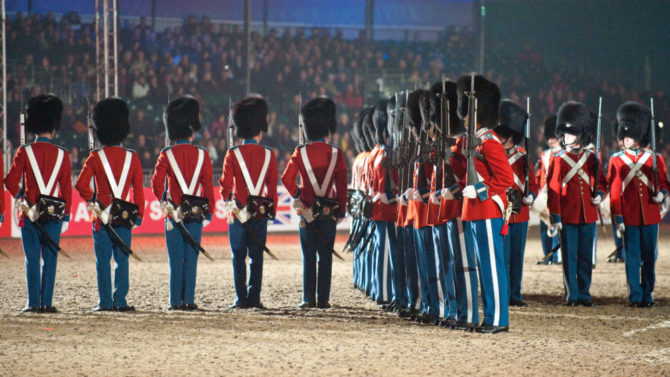 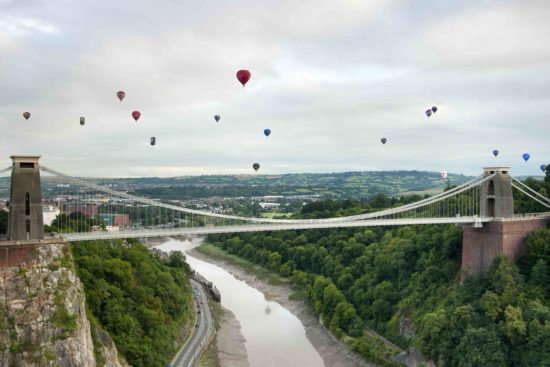 Get into the fun in this hopping university city where you can experience one-of-a-kind events like the Bristol International Balloon Fiesta, and marvel at attractions like Isambard Kingdom Brunel’s Clifton Suspension Bridge (site of the first modern bungee jump in 1979) and the enormous SS Great Britain (the “ship that changed the world”), as well as the new museum Being Brunel: The National Brunel Project.

Nightlife is flourishing, with bars and restaurants situated primarily around the Old Market and West End. Have a cocktail at Bent, or follow the bears to BBB – Bristol Bear Bar.

“I went to University in Bristol: I’d visited the city when I was 17 and loved it so much that I knew I had to study there. I was still somewhat discovering myself the first few years, but by my final year I really began to make the most of the brilliant gay nightlife and felt a part of the LGBTQ family. It probably helped that I lived a 2-minute walk from ‘OMG,’ my favorite gay club there (how could it not be with that name?). I love that Bristol feels like (and is) a big city, yet you can still walk to most places if you’re staying in the right area.”

3. Edinburgh: 1 hour from London by plane 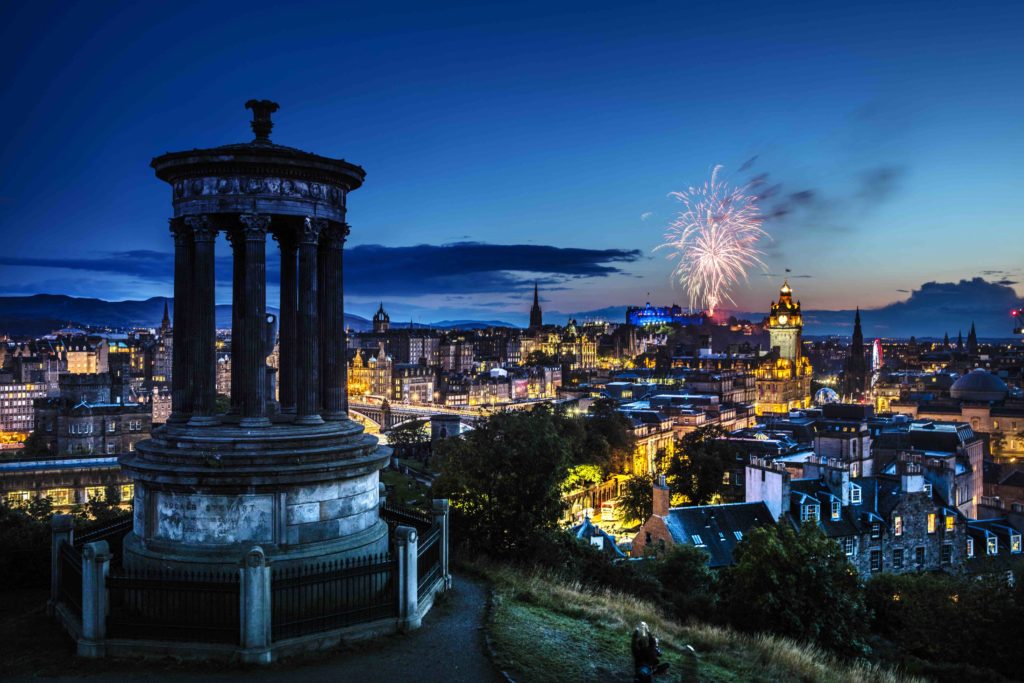 Famous for the annual Fringe Festival that’s “defied the norm since 1947,” the capital of Scotland is situated atop a series of extinct volcanoes. Take in the idyllic and supremely Instagram worthy view from Arthur’s Seat (perhaps the site of Camelot) or enjoy the literary scene at Calton Hill, a UNESCO World Heritage Site. Assemble a checklist of spots you won’t want to miss and place the National Museum of Scotland, Edinburgh Castle and the Royal Yacht Britannia towards the top. 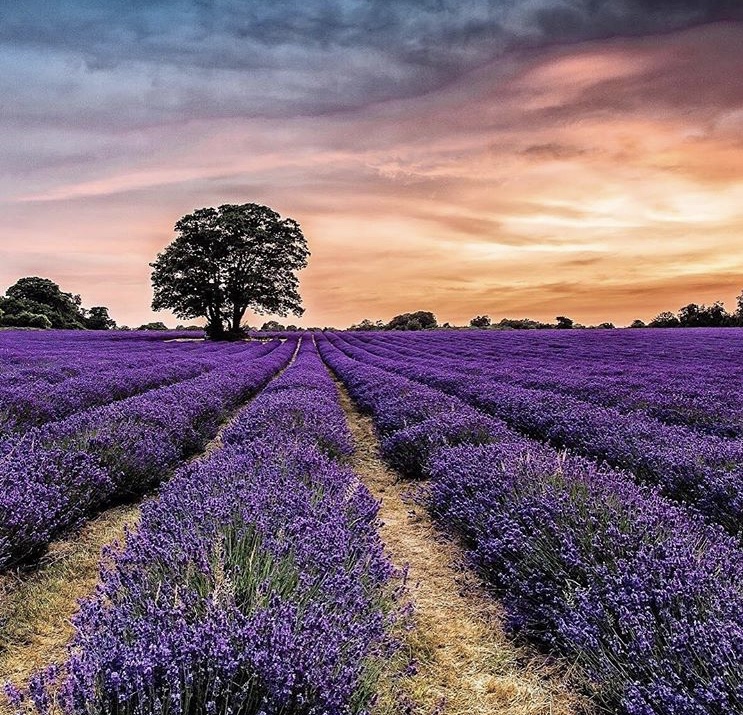 Blooming starts towards the end of June and peaks through August. Take a quick trip out to the countryside and walk through acres upon acres of fragrant lavender. Mayfield Lavender has been pioneering the revival of UK lavender since 2002, growing their plants on one of the same fields where it was originally grown in the 18th and 19th centuries. 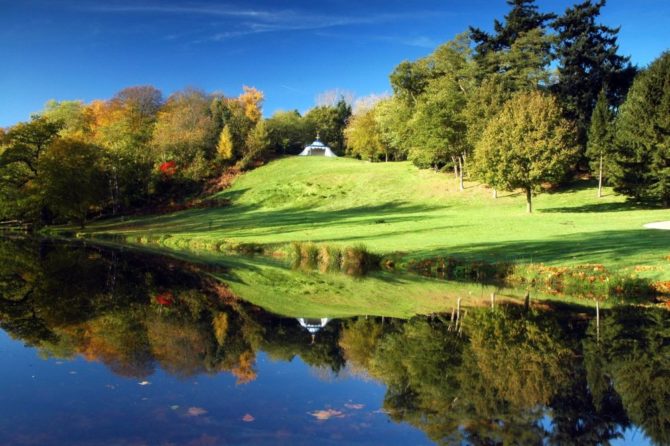 Peace & tranquility is a way of life in one of England’s most popular gardens. This 18th-century landscape was crafted by the Hon. Charles Hamilton between 1738 and 1773. Hamilton’s gardens include a Vineyard, Amphitheatre, Temple of Bacchus, Turkish Tent and Gothic Temple. Make sure you find the crystal grotto, set deep in the gardens, and take a dark crystal-like selfie in this backdrop which could be ripped directly from a J.R.R. Tolkien novel.

6. Margate: 1 hour and 50 minutes from London by train 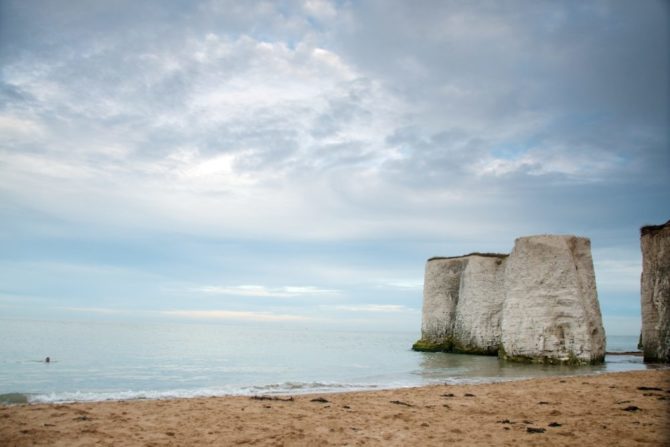 World-renowned painter JMW Turner came to take in the incredible views at Margate and so should you. There’s a visceral, creative energy reverberating throughout this coastal town. Botany Bay, with its tall chalk stacks and sweeping shoreline, is an optimal place to play in the surf or sit in the sand with a new (or ongoing) lover. Check out Dickens House Museum (located in the inspiration for Betsey Trotwood’s David Copperfield home) and be sure to check into Turner Contemporary, the popular South East art gallery where you can connect the dots from art in the 1750s to today.

7. Bexhill-on-Sea: 2 hours from London by train

You may know Brighton, but have you ever been to Bexhill-on-Sea? This East Sussex town is an ancient and important port, many buildings in the Old Town have facades built in the 18th century with medieval structures in the back. Bexhill-on-Sea grew quickly between 1883 and 1902. Check out the Clock Tower which was meant to commemorate the coronation of King Edward VII in 1902 (but not completed until 1904 – the scandal!) Take in the infamous De La Warr Pavilion, a pioneering center for the arts or just stroll on the promenade along the miles of coastline.

8.  Cardiff: 2 hours from London by train 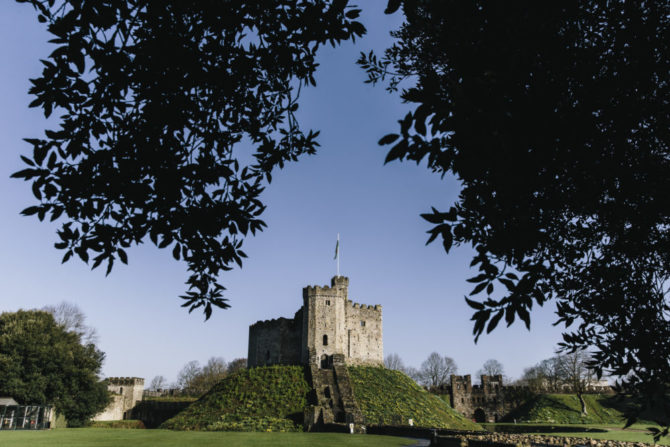 Known as the “Castle Capital,” Cardiff is the perfect place for a “royal retreat.” A monument to medieval craftsmanship, Cardiff Castle was updated heavily during Victorian times. Go at your own pace and hit the castle apartments, wartime shelters, the remains of a Roman Wall or opt for a comprehensive 50-minute tour led by a guide. For something a bit more specific, book a Clock Tour and head up the spiral staircase to the Summer Smoking Room (don’t even think about lighting up in this breathtaking room with a view). Once you’re all castle-d out be sure to hit the town. While you might not encounter an actual mermaid, Mermaid Quay is a chic spot to shop, dine and wine. The Golden Cross, WOW Bar, and The Kings are all sure bets. If you’re looking to break it down Pulse is a fun spot to let your hair down.

9. Newcastle-Gateshead: 3 hours from London by train 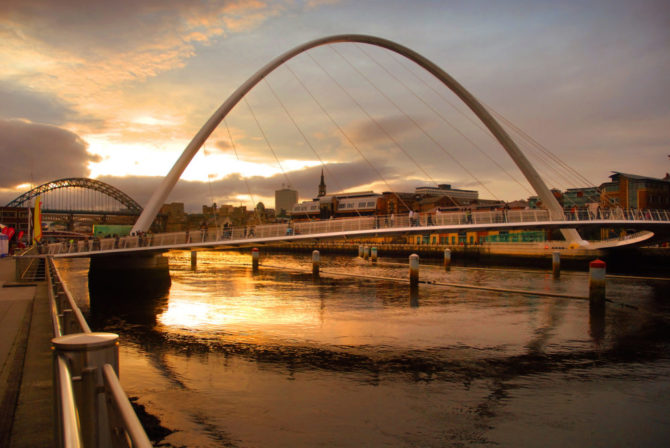 Planning a trip to Hadrian’s Wall or heading north to Scotland? We have the perfect stop on the way. Newcastle and Gateshead face each other on opposite sides of the River Tyne, the spectacular Gateshead’s Millennium Bridge, known as the “Winking Bridge,” one of several bridges connecting the two, is a sight to be seen. Angel of the North, Sir Antony Gormley’s iconic work is one of the most monumental (and recognizable) examples of public art in Europe.

10. Laverstoke: 2 hours and 15 minutes from London by bus 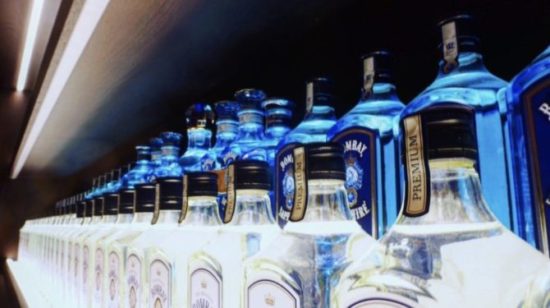 Every gin lover in London needs to hop a bus for a proper pilgrimage to Laverstoke Mill. There’s been a Mill in Laverstoke since at least 903 AD. Go behind the scenes of Bombay Sapphire at the rural Hampshire distillery.