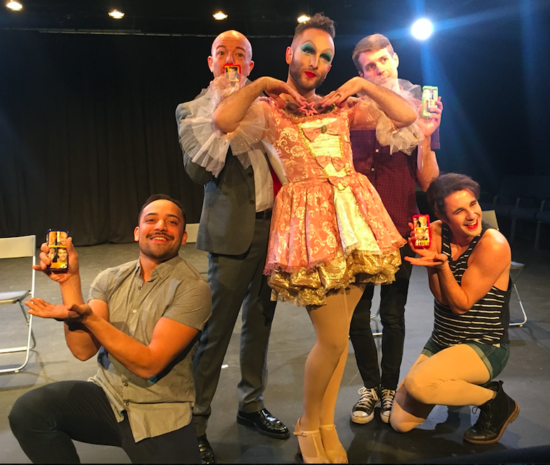 These are also the makings of Grindr the Opera, a surprising stage musical that will play Chicago‘s Musical Theatre Festival in a limited engagement opening opening Friday, February 9th.

GayCities chatted with a few cast members about the play, Chicago’s theater scene, and their favorite places to hangout in the real, rather than Grindr, world.

Erik Ransom, the creator of Grindr the Opera

Where do you live?

Do you have a funny Grindr horror story?

I met one of my best friends on Grindr. I have horror stories, too, but those have been musicalized for the stage.

Tell us about the inspiration behind the musical

Years ago I started [writing] a musical called “Manhunt.net the Opera.” There were lots of normal guys looking for normal things, but in their midst I saw the makings of some pretty tragic stories. Years later, Grindr was on the rise, and the idea came to me for Grindr itself to be a character who manipulates the action of the play. I was able to cannibalize a lot of the unfinished Manhunt opera, insert a masquerade inspired drag queen to play Grindr, and the opera sort of comple

ted itself. By that point, I’d certainly done plenty of “research.”

How has the project evolved?

The addition of the Grindr character let me explore some differed qualities of apps like this. You wake up in the morning and the first thing you do is check Grindr. You travel to a new city? You check Grindr. Why do people like me in Syracuse, but not Ithaca? Should I try another pic? Change my profile? It can be downright addictive.

I think it’s totally different strokes for different folks. No pun intended. People run such a wide gamut of what they’re seeking and what’s important to them in terms of sex and romance.

Why is the show happening in Chicago?

Chicago is one of the few big theatre towns in the country, and it seemed like a good place to be seen for a limited run. The hope is that a local company might want to take it on for a larger scale production, sometime down the line.

Can you talk about Chicago as a theater town?

I find it very welcoming and supportive. Theatre doesn’t feel competitive or corporate [in Chicago], as it sometimes can in my native New York. I’m speaking as someone who’s only been here for a week, but so far it’s been really refreshing.

Musical Mondays at Sidetrack have been my favorite pastime, I think. We’ve spent a lot of time in Boystown promoting the show. By which I mean drinking vodka and passing out our postcards. The city doesn’t seem to sleep, which I love. I’m a night owl, and I love to be in places where things are still happening after midnight.

If you could cast celebrities in the roles, who would they be?

Oh, that’s fun! I think it would be amusing to have lots of wholesome Disney stars. Maybe Zac Efron for the NSA Tom, Corbin Bleu for Devon the serial monogamist. I think Aaron Carter would be a hilarious choice for Jack, the wantonly promiscuous twink. Hugh Jackman would probably make a nice silver daddy Don. And Grindr herself? RuPaul, all the way.

Where do you live:

Tell us about your character in Grindr the Opera

I play Grindr itself, a mythical siren who’s been awoken by a spike in lustful activities due to new technology. Grindr is the classic soprano diva track of the opera and has almost a puppeteer relationship with the four men.

How do you identify with your character? 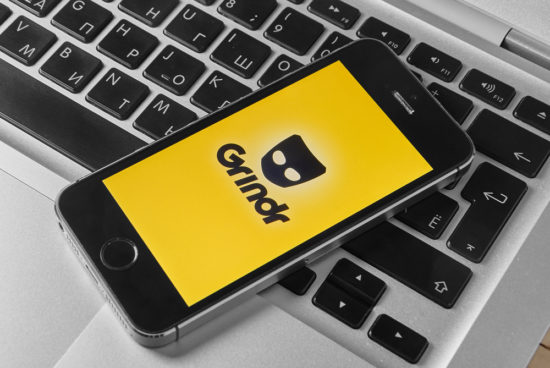 I am very sex-positive and find that at the core of Grindr. The character just wants everyone to do what nature intended, fulfill their fantasies, and make each other feel good.

What are some issues the Opera touches on?

Body issues, agism, racism, knowing your status, open relationships, gender, monogamy, etc. You get four peoples’ full stories through the lenses of their use of Grindr.

What would we be surprised to know about the musical?

It is a true opera, completely sung through. Similar to Rent.

I think finding someone online is a great starting point, but prefer a face-to-face date. People can be very different online than they are in real life.

Can you talk about Chicago as a theater town?

Chicago theater is all about ensemble, and you really get a sense of that. We also have a ton of storefront theater which creates very intimate performances. Chicago as a city is a big city with a Midwest feel.

Where do you live?

How do you identify?

Very gay; some may even say “too gay to function.”

Tell us about your character:

I play Jack, the young, fresh, 18-year-old slut-next-door. He’s confident, reckless, and pretty much spends his day thinking about the next time he’ll spread his legs. There’s definitely a level of charm to his impulsive nature, and it’s that very nature that ends up becoming a rude awakening for him.

What do you love about the show?

Some of it laugh-out-loud raunchy, and some of it surprisingly heartwarming and genuine. Plus the musical score that Erik Ransom composed is stunning, and I can only hope that audiences will have as much fun listening to it as we Grindr bros have at bringing it to life.

Do you have a Grindr horror story or success story?

Honestly, I downloaded Grindr once when I was 17 and was so mortified by all of the unwarranted dirty pictures I received that I deleted it a week later.

Andersonville is my go-to. Catch me there with my gals talking about boys over a Long Island Iced Tea.

Grindr The Opera will play the Chicago Musical Theatre Festival in a limited engagement Friday, 2/9 at 10pm, Tuesday, 2/13 at 8pm, Saturday, 2/17 at noon, Friday, 2/23 at 10pm at The Greenhouse Theater Center (2257 N. Lincoln Ave.). After that, the show is going international to London, UK just in time for London Pride.

Check out the GayCities guide to Chicago.