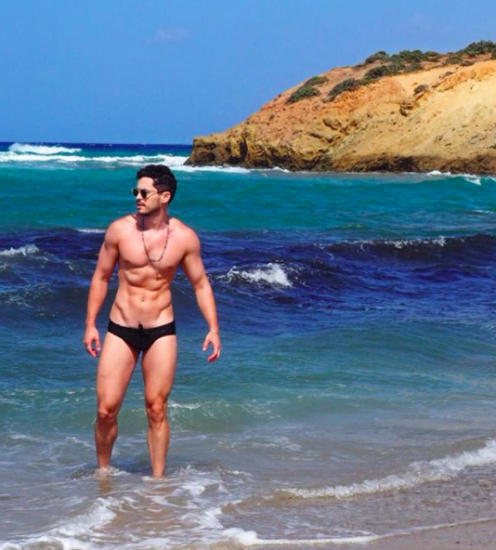 As a Hollywood event planner, a cocktail mixologist, and a popular internet video personality, Blake Sterling is proving that there’s nothing he can’t do. His viral CollegeHumor YouTube video, Gay Men Will Marry Your Girlfriends, has over 16 million views. And if his head-turning Instagram account is any indicator, he’s got the fan base to keep the momentum.

The jack-of-all trades took time from his hectic schedule to dish with GayCities on his boyfriend “Penguin,” eating an entire box of cereal in one night, and being awarded by President Obama twice. 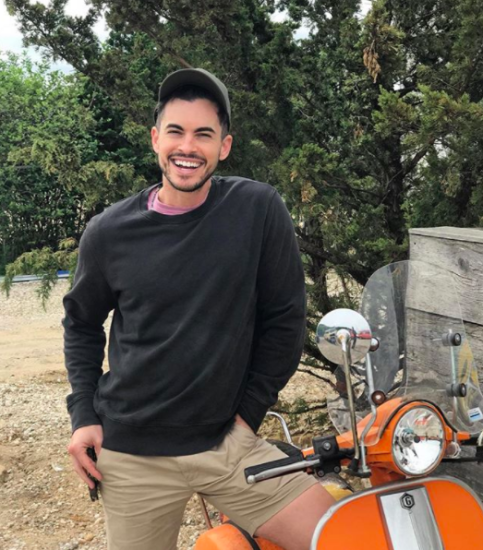 Age: What would Mariah say, dahling?

Where do you live? Los Angeles & Brooklyn

How do you identify sexually (gay, bi, etc)? Rainbow unicorn

Are you singled, married, dating: Consciously coupled to my penguin.

How did your boyfriend get the nickname Penguin? He’s handsome, loyal and would steal a female penguins egg so we can start a family. An article came out about “gay penguins” shortly after we met with a penguin who stole an egg from a straight bird so the two [gay penguins] could have a family. (This story is a crack-up!)

Favorite travel destination: This may be the hardest question to answer — destinations are special in their own way depending on where I am in my life. After going through my hardest breakup, the islands of El Nido, Palawan in the Philippines were so remote and magical. They were exactly what I needed to experience, to heal, to reconnect with my spirit, and discover who I wanted to be in life and my next relationship. Alternatively, my boo [“Penguin”] and I just travelled to Tokyo for two weeks and that was one of the most culturally and spiritually eye-opening experiences of my life. The culture is so dignified and genuinely happy to accommodate guests.

Worst travel experience: I was working in Europe and my agent provided group housing. Within a few hours of dropping my bags at the house, my passport was stolen. I lost my mind, went ballistic on my housemates and left demanding that it be returned because I was traveling to London a few days later. When I returned, it magically re-appeared under a couch cushion I wasn’t ever near. Don’t F with me and my passport while traveling, ha! 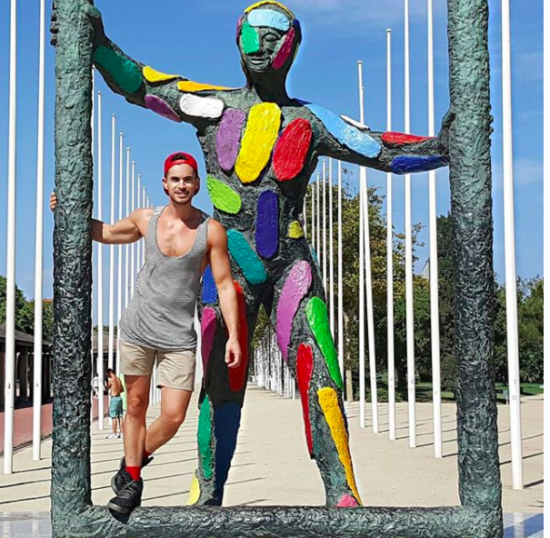 Where are you traveling next? We’re thinking South America, still zeroing in on the exact location. Uruguay is at the top of the list right now.

You were awarded by President Obama. Tell us about that: While I wish I got to meet the former president in person, I was awarded by Obama twice for my work with homeless youth in Los Angeles. His office sent a signed letter with presidentially sealed tokens and his gratitude for my service.

You’ve spent some time in Hollywood. Any surprising encounters? During my first ever red carpet interview for an ABC show DVD release party — with an aging actor who I won’t mention — I asked about his summer and he aggressively said, “Why don’t you ask about my open heart surgery while you’re at it?!” I almost peed myself! But Sally Field was next in my line, so I kept it together and crushed hard on her beauty and grace.

What are your favorite gay hangouts? Whenever I go to a new town I always try to hit up at least one gay bar. From NYC to a small bar in Phoenix, there’s a sense of familiarity about our safe spaces and they’re similar in ways that make them all kinda feel like home. I don’t really have a gay bar that I frequent often these days. I loved Jackie O’s in Mykonos, Les Souffleurs in Paris and Rooster Bar in Athens. 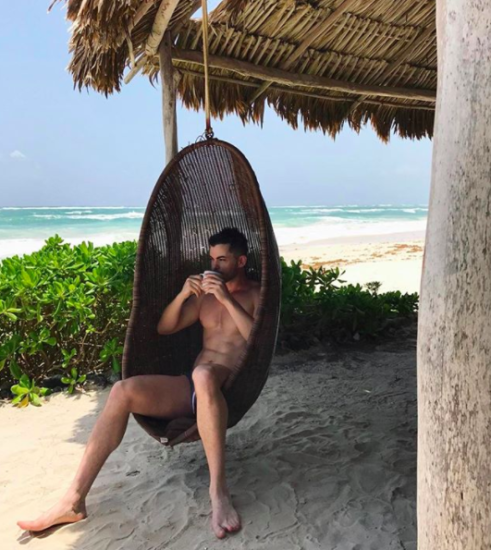 How do you relax while on vacation? Though I’m not the biggest fan of sand and direct sun, I love being by the beach. Give me a silver tequila soda, great music vibes, a comfortable shady spot on a hot day with my man and I’m so beyond happy. I love Malibu in LA, El Nido in Palawan, Ornos in Mykonos and the sexy party vibe of Puerto Vallarta “Blue Chairs” beach in Mexico.

Where do you find affordable flights? My favorite site is Kayak.com. It’s easy to compare and shop and they have a meter that tells the likelihood of the price going up or not; it’s not always right, but it’s pretty accurate. We just discovered LaCompagnie.com, with all business-class seat flights from NYC to Paris. It’s surprisingly affordable and chic.

Your carry-on bag must-haves: Face moisture spray, hand lotion, lip balm, hand sanitizer, saline nose spray, gum (for when we land so my ears don’t stay clogged), eye mask and sanitizing cloths for those skanky seats and headrest. I don’t ever check my toiletries on a flight; I’d be lost without them if my luggage went missing.

Anything else we should know about you? I ate an entire large box of Cinnamon Toast Crunch last night when we were in Salem, Massachusetts. I think some witch casted a binging spell on me.