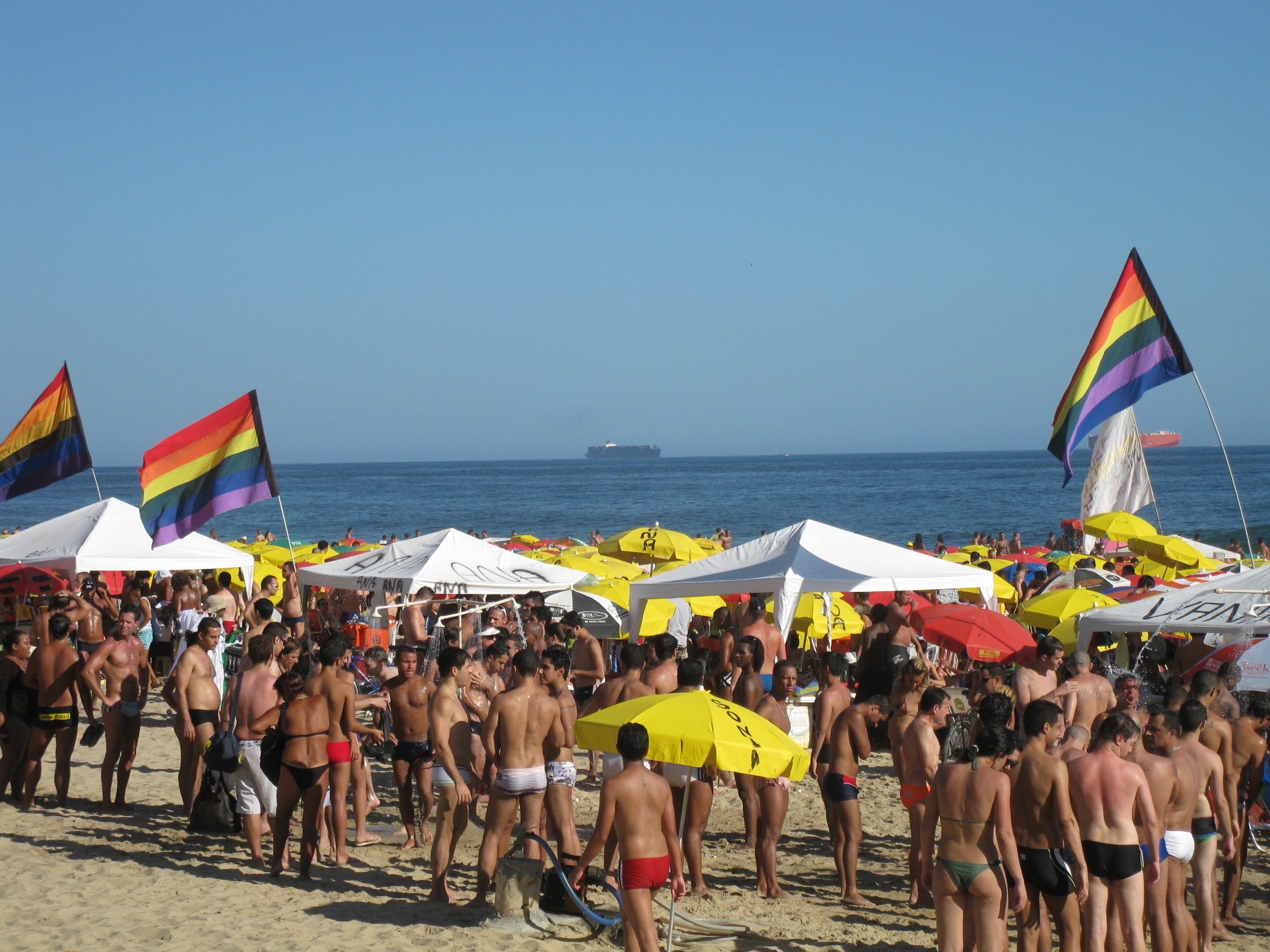 We know the Olympics may not be your bag. After all, who wants to watch a bunch of hot swimmers in speedos compete in freestyle competitions? Or hot, sweaty wrestlers in singlets? Or even hotter gymnasts who can fit their ankles behind their head?

We know: it’s a tough sell. So this year, the universe has decided to give you a little extra incentive. They’re holding the 2016 Olympics in Rio de Janeiro, the hottest, possibly gayest city in the world. And while many of you will be watching from your couches, we know some of our American and European brethren are there right now, tanning on the beach, and wondering how to fill your nights.

That’s why you have us!

Rio is almost our second home, and we’ve featured it many times in our Man About World and on our blog. And GayCities features the comprehensive Rio guide. Here’s a quick look at our favorite places to brunch, booze, and be naughty in Cidade Maravilhosa (Marvelous City), followed by a note on travel safety.

Known as “the palace on the sand,” The Copacabana Palace, a member of the gay-friendly Belmond Hotel collection, is all Art Deco elegance, hosting celebrities and dignitaries since it opened in 1923, and made world-famous when Fred Astaire and Gingers Rogers filmed Flying Down to Rio here during Rio’s golden era. Although much smaller than the gay beach in Ipanema, the gay section of Copacabana beach is directly in front of the hotel.

2. Dining in the Jungle…High Above The City 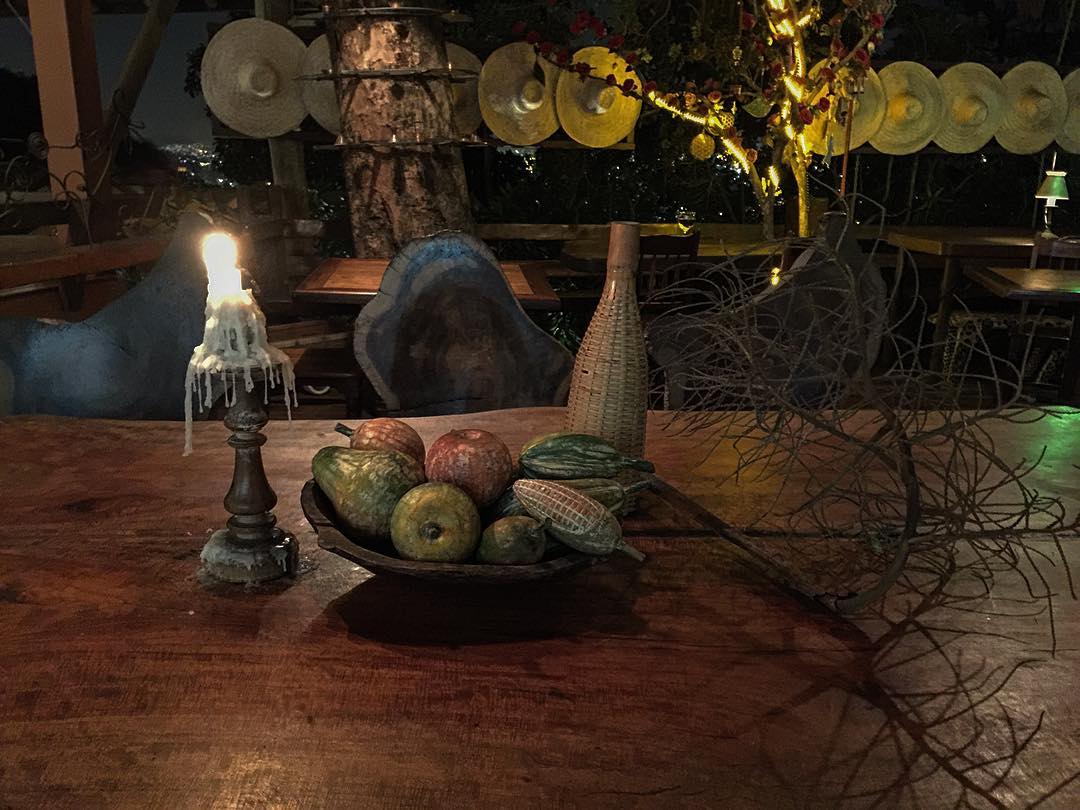 Restaurante Aprazivel is located in the historic Santa Teresa neighborhood, Aprazivel serves traditional Brazilian cuisine in a lush setting with spectacular views over the city.  It feels like you’re dining in an outdoor jungle — truly an unique and special experience.

3. Nightlife in a Daytime City

Like any other cosmopolitan city, Rio has some dynamic nightclubs and an ever-changing bar scene, including a full complement of the lounge/bar/restaurants that have become popular globally. But it also has a traditional type of bar that is particularly Brazilian and found mostly here in Rio: the “boteco.” It’s the kind of place you go after the beach (Cariocas used to go wearing swimsuits and flip-flops) or to chill in before heading to clubs.

The gay bars are located mainly in Copacabana and Ipanema, though the most popular nightclubs are located farther from the tourist areas and will require a taxi ride. Some open daily, some only on weekends, when they are all busiest.  But being a big city, there is action almost every day, especially during the summer.  Brazilians go out late at night, and often all at once. To avoid waiting in line, the best time to get to the bars or clubs is around midnight. Tô Nem Aí  is our favorite. The name translates as “I don’t care,” appropriate for its location on the gayest street of Ipanema, Farme de Amoedo. 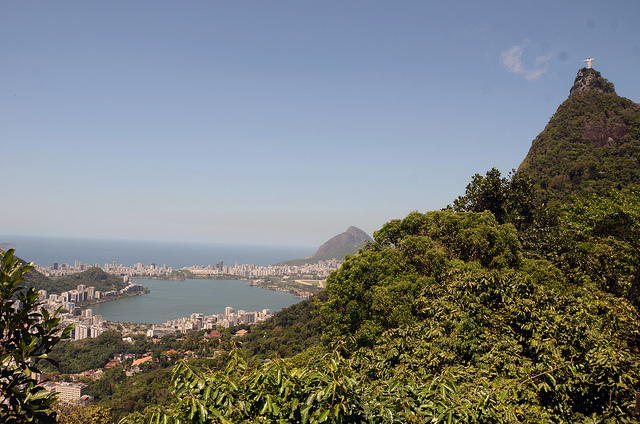 Comparatively, few travelers visit the Tijuca Forest and most do not even know it’s possible. But this is one of the most impressive sites in Rio. At 12.4 square miles (32 square kilometers), it is one of the few urban jungles in the world. The area, which had originally been destroyed to make room for coffee plantations, was re-planted by hand with native species in the 19th century and today is home to a wide variety of exotic plants and animals, some of them endangered and only found in the Atlantic Rainforest. Many local tour companies offer specialized Tijuca Forest itineraries and some of them are very cool and comprehensive. One great tour operator is JeepTours.

A Few Words About Safety

The tourist zones of Rio are safer than ever, brightly lit at night and well-patrolled by police especially during the Olympics. That said, Rio is not a resort town. It’s a big city, with the same crime problems as most world capitals. Leave your jewelry, expensive watches, and passport in the hotel safe (take a photocopy and any other form of ID). Don’t flash your money, camera or phone carelessly, and don’t leave them unguarded on the beach while you jump in the ocean.  Keep your wits about you while walking at night.  Bringing a local back to your hotel room is discouraged, and most hotels won’t even allow it.  If you need a place to hook up, either head to the Sauna (69 in Ipanema is our favorite), or one of the city’s many love motels — a convenient, safer option.

Click/tap here for a FREE three-month subscription to ManAboutWorld to find lots more recommendations for Rio de Janeiro and many more gay-popular cities around the world.