For those of us across the pond, Brighton may not be the first place that comes to mind as an LGBT holiday destination. But — as the Brits well know — with its decidedly gay town-wide vibe, its lovely seaside location, its fantastic shopping options, and its easy access from some of the world’s biggest airports, Brighton makes a great spot for a low key-meets-lively vacay, or just a quick side trip from the wonders of London. Here are nine reasons why: 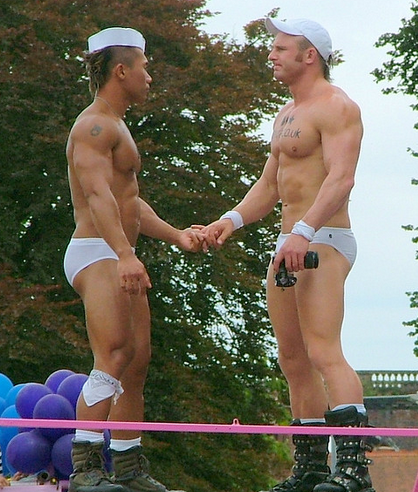 Its Pride
Brighton’s Pride, one of the largest in Britain, happens in late summer (this year on August 2), and includes eight entertainment areas as well as its own arts and film festival. 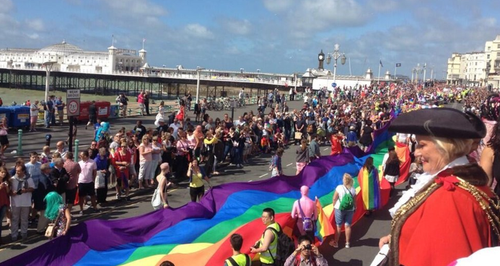 Its Festival
Also very gay-popular is the annual Brighton Festival in May, a three week arts celebration featuring music, theater, dance, film and literature. With hundreds of events and half a million visitors, it’s Britain’s biggest annual festival.

Its wacky Royal Pavilion
Brighton’s fairly new as British cities go, only picking up steam in the 1700s as a fashionable seaside health resort. This piqued the interest of the dandified young Prince of Wales, who would later become King George IV. George eventually built his pleasure palace here—a wonderfully over-the-top elaborate structure that’s now one of the city’s biggest attractions, the Royal Pavilion. 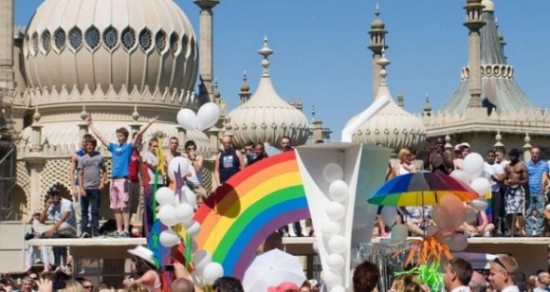 Its London-closeness
Brighton lies just half an hour south of the British capital by train, making it a favorite quick and low-cost getaway for London gays. Its crisp seaside air, compact walkability, and laidback ambiance mean it’s the perfect place to unwind. 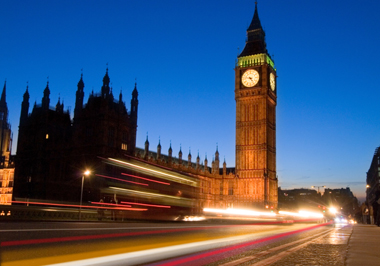 Its way-gayness
The 2001 census showed Brighton to be home to the highest percentage of gay couples in the U.K. — and ever since, plucky little Brighton has claimed the title of “gay capital of Britain.” For a city its size (just over 150,000), Brighton boasts a remarkable number of queer-geared bars, cafes, and B&Bs, especially in and around its Kemptown gayborhood.

Its beaches
Okay, so Brighton hasn’t got the powder-soft white sands of the Maldives. But what its pebbly seaside might lack in cushiness, it well makes up for in plentiful gay beach area options. The popular West Beach between the city’s two main piers is very gay-friendly, and the naturist beaches at Duke’s Mound and Telescombe Cliffs are both very queer. 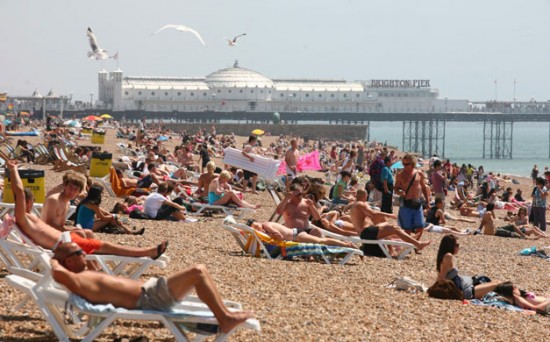 Its shopping
Shops are where Brighton really shines. The area known as The Lanes offers narrow little alleyways packed with high end items like antiques and jewelry. 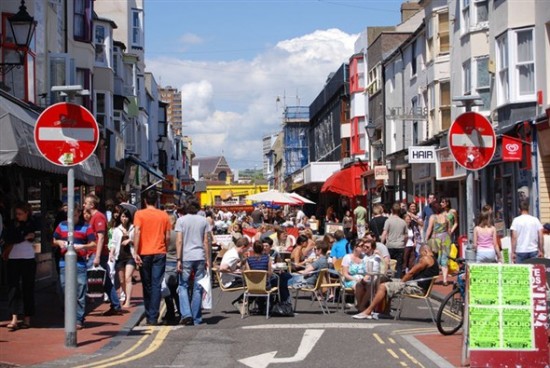 Its bohemianism
The North Laine neighborhood (fittingly, a bit north of the Lanes) is lined with shops selling hipper and funkier wares, as well as great street art and excellent cafes. 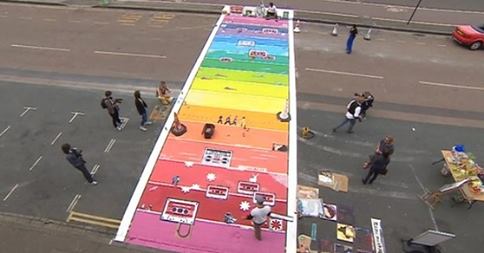 For more on Brighton, be sure to check out the full GayCities Guide.