But getting Japan to embrace a diverse definition of family is an uphill battle.

“I doubt it will have much impact on other nations such as Japan, where the will of the people rarely takes priority,” expat David Wagner told the AFP about Obama’s historic announcement in May. Wagner, who’s lived in Japan for 25 years, says while there’s less outright intolerance in Japan, that’s more to do with it being less religious than other countries. “Tolerance has limits in Japan,” he says.

Those limits apply to straight people, too: Under Japanese law, married couples must adopt the same last name, women have to wait for six months after a divorce to remarry, parent must completely give up custody in a divorce, and children born outside of marriage have fewer inheritance rights. “Under the law, marital diversity is largely denied,” says Shuhei Ninomiya, professor of law at Ritsumeikan University. 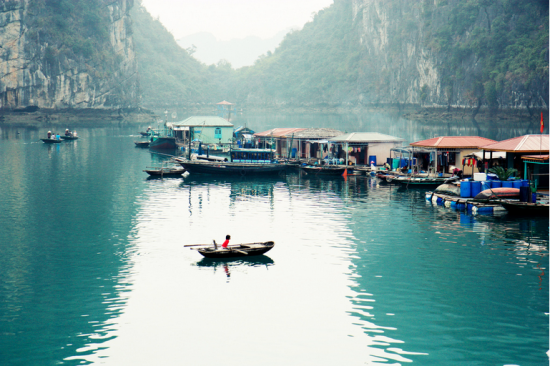 Meanwhile, Vietnam could soon become the first country in Asia to legally recognize same-sex marriage: The Justice Ministry has proposed adding a marriage-equality measure when it overhauls the nation’s marriage laws.

“I think, as far as human rights are concerned, it’s time for us to look at the reality,” Justice Minister Ha Hung Cuong told reporters Tuesday. “The number of homosexuals has mounted to hundreds of thousands. It’s not a small figure. They live together without registering marriage. They may own property. We, of course, have to handle these issues legally.”

It’s not clear what to extent same-sex nuptials would be recognized—whether or not they’d be on par with heterosexual marriages—and the measure would have to be approved in the National Assembly next spring.

Given Vietnam’s dismal record on human rights it seems odd leaders would make such a bold move. But since Vietnam lacks a powerful Christian right-wing movement, gay marriage would be an easy offering to appease critics. In other words, we could be looking at another case of pinkwashing.