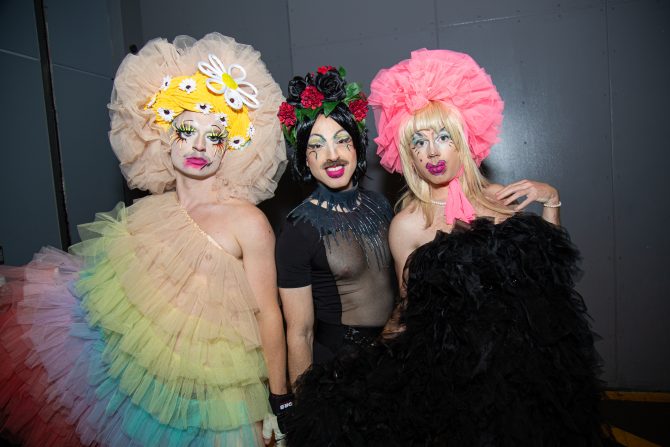 Queerty’s John Russell and photographer Ames Beckerman were on hand at Manhattan’s Javitz Center to capture all the looks and spill some serious tea. 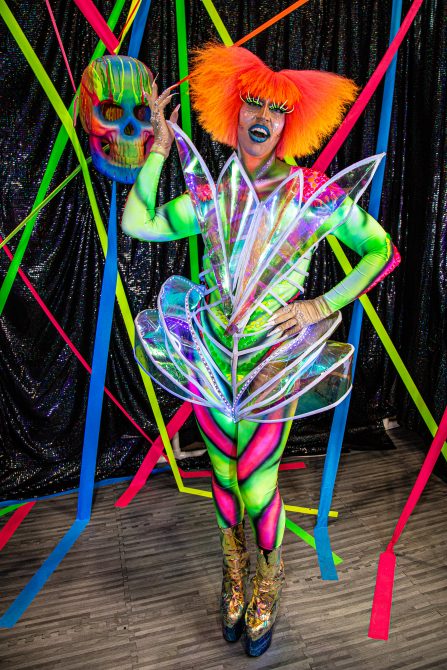 My booth is always the best. Size doesn’t matter unless it comes to my booth, and it is the largest. It’s the only one that goes beyond 10 feet in the air. I’m eight feet tall so I need it to be at least 10 feet. 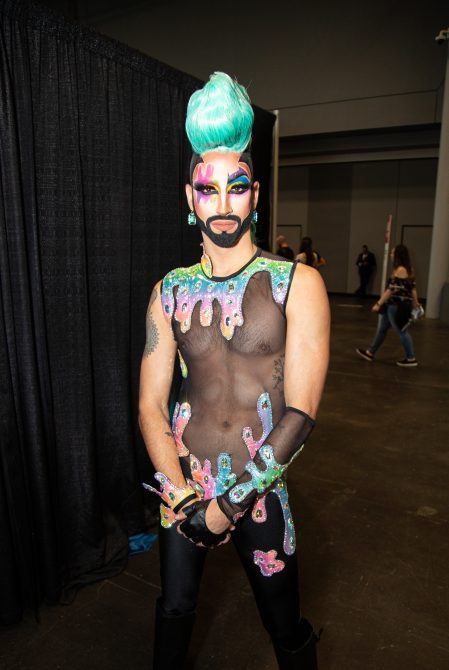 I’m with Drag Queen Divas. They’re a big online registry for drag queens, so people in different areas can book them. Like if you have a bachelorette party, or something that’s a little bit less traditional. You can look up local performers or fly them in. It gives people who aren’t involved in the gay community access. 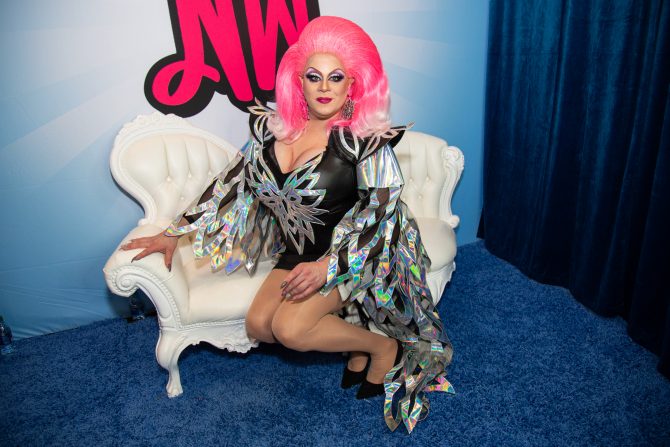 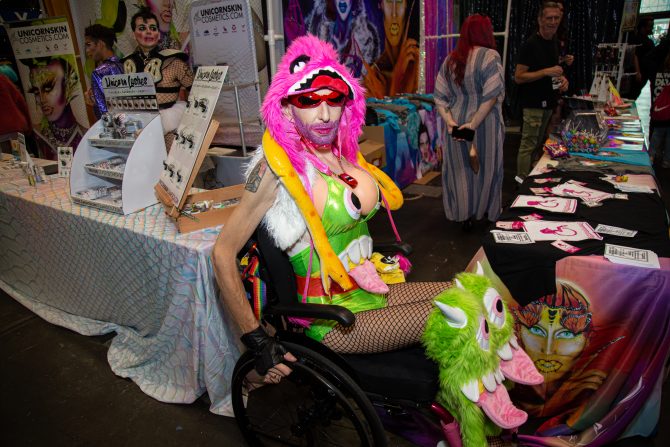 We run a company called PinkOracle.com, and what we’re trying to do is make sure there is disabled access at all drag venues across the country. We launched after coming to the first DragCon and seeing there were a bunch of accessibility issues. The following year World of Wonder invited us to help them make the event more accessible. Each year they’ve expanded the aisles. They’ve added ADA access lines and wrist badges that disabled people can get that allow them to get to the people that they want autographs from easier. There are also rest areas and assistance people all over the facility. And there’s also a code of conduct for all the queens for interacting with disabled people. 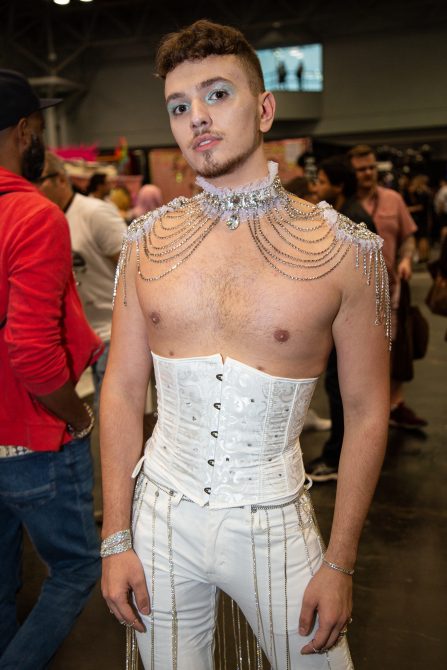 This is my first DragCon. It’s an amazing event. It brings love, creativity, vibrancy, and it’s such a great time. Every single drag queen, they just look so good: Kameron Michaels, Blair Sinclair, everybody just looks so good. 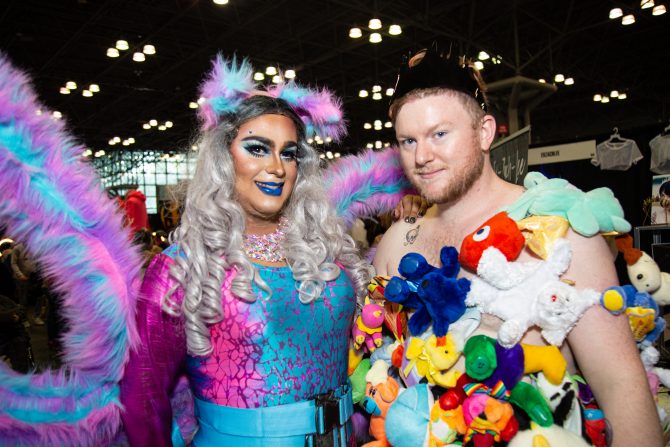 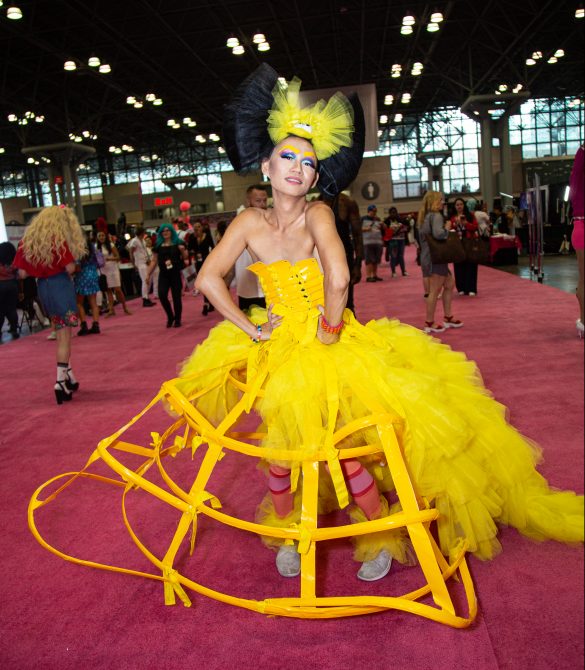 This is inspired by Manila’s Big Bird look, so it’s very meta but still very on point with who Glamda is. 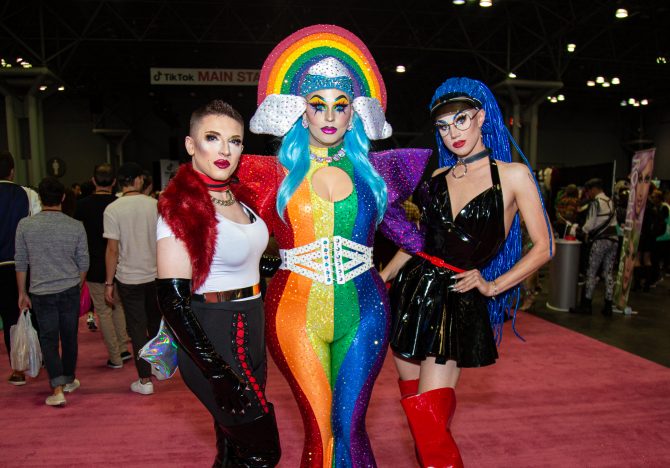 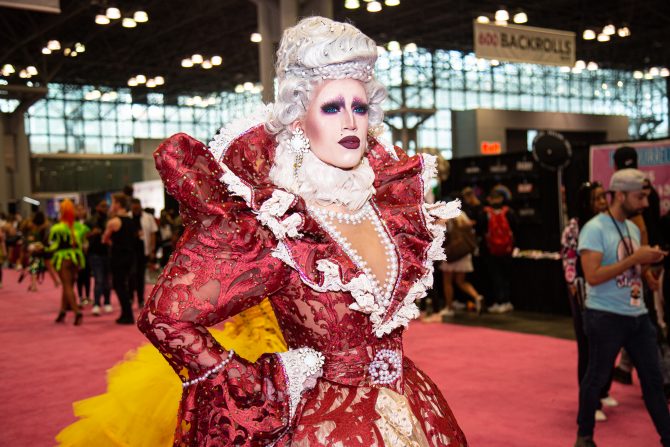 This is my Marie Antoinette look. It’s big, it’s glamorous, it’s a time period piece. It was made by Eddie Couture in Chicago.