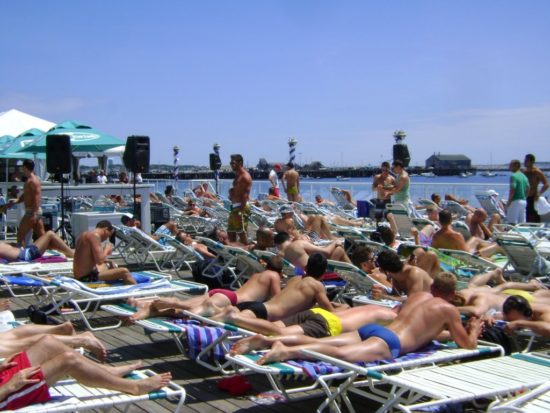 Provincetown has a well-known reputation for being a prime party destination (and we love it for all that), but there is much more to do there than just booze cruises and beer busts. This little New England town, at the furthermost tip of swanky Cape Cod, is a hub for the arts, including a delightful summer season of cabaret shows and theater.

Each theater in town hosts multiple acts, sometimes stacking them one after another during the same night, so catching the attention of audiences can be a battle.

A Dina Martina show is not for the faint of heart. With a little bit of music and a few videos now and then, Martina’s show has no themes or grand social statements. Nor is there any concern for political correctness, either. What her P-town show does have, however, is a barrage of wildly offensive comedy that makes audiences experience physical discomfort, both from shock and also from laughing so hard. Though the delivery seems random, this is the work of a comedic genius.

Yes, Trixie Mattel was on Season 6 of RuPaul’s Drag Race, where she made it about halfway through the competition before getting kicked off. Let’s all move past that, shall we? Mattel’s time on Drag Race barely scratched the surface of of her on-stage versatility: she sings folk music, plays guitar, and peppers in comedy here and there with surprisingly sophisticated aplomb.

3. All the Broadway revues hosted by Seth Rudetsky

Seth Rudetsky hosts several shows on the Broadway Channel on SiriusXM, and he seems to know everybody who is anybody in the world of theatre. He will spend this summer in P-town, hanging out with some of his Broadway Besties and spending time singing songs and playing piano. It is a spectacular lineup, featuring legit A-list stars of musical theater: 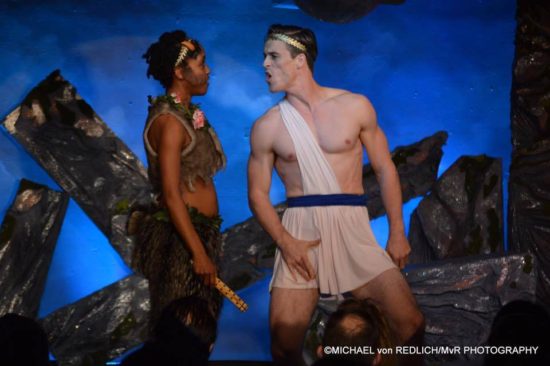 Mix the original homoerotic classic Clash of the Titans movie (not the awful 2010 remake!) with the addictive tunes from Grease, and you have Ryan Landry’s very funny Greece. This is campy “gay theater” at its most glorious, and although this genre can often fall into the pits of ridiculousness, Landry knows how to toe the edge of that precipice, with the help of his cast of legitimately talented singers. It’s funny, it’s fun, enjoy. 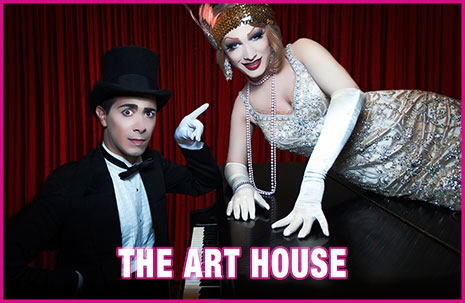 There are drag queens, and then there’s Jinkx Monsoon. First of all, she can sing. Performing both familiar covers as well as original songs, her cabaret persona is more than a character; it is a presence to be experienced. Beyond the music, however, she knows how to craft a message that it thought-provoking, engaging, and relevant. And there are some rude jokes to lighten the mood, which is fun.

Return To Grey Gardens comes to Provincetown after a successful run at San Francisco’s Castro Theater, and if a show can survive a run in The Castro, where audiences have already seen pretty much everything, then it must be good. Return to Grey Gardens spoofs the original documentary cult-classic Grey Gardens, and stars Jinkx Monsoon alongside the San Francisco drag luminary Peaches Christ, who is famous for her deliciously raucous and delightfully offensive stage parodies. This Grey Gardens picks up the story set approximately 40 years in the future from when it was originally filmed (translation: now), and of course the characters are as ridiculous as ever. Even for people who haven’t seen the original Grey Gardens, this show is another level of hilarious theater.

It seems every 80’s hit TV show and movie is now fodder for drag parodies. And audiences love them! The iconic movie 9 to 5 is now recreated as 5 to 9 and the action has moved from a 1980’s corporation to the Oval Office, with a certain orange-tinted President as the bad guy. Starring drag superstars Peaches Christ and Varla Jean Merman (as the Dolly Parton role from the movie, see photo above; Merman is another P-town legend, with a great solo cabaret show), hijinks guaranteed.

Miss Richfield 1981 is one of the workhorses of the Provincetown performing arts scene, having headlined in town for years. Part of her success is her fans who return to see her slapstick comedy year after year, which is a credit to her ability to stay fresh and funny. She also likes to drag audience members onto the stage and put them through ridiculous tasks, which is of course the best part. Her new show is called Red Lips to the White House!, but however she packages it, seeing Miss Richfield 1981 is a rite of passage for P-town, and a good one. And she will probably do this at some point in the show so be ready for that. 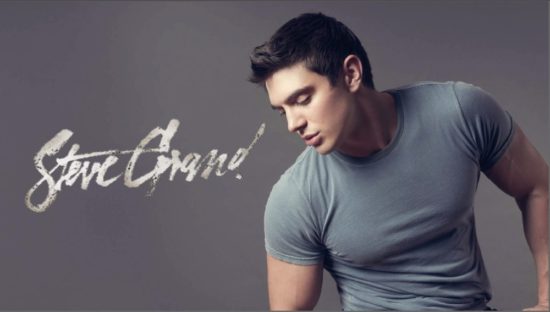 Steve Grand may be equally known for his almost-naked Instagram pics as he is for his career as a singer/songwriter. But beyond the abs, and the biceps…and the perfectly-perky glutes…wait, what were we saying? Ah yes. Steve Grand. He is taking up a residence in Provincetown this summer, performing his acoustic music for his adoring fans. And undoubtedly those fans will hope to catch a glimpse of him at the beach. He’s actually pretty talented, so go check him out. 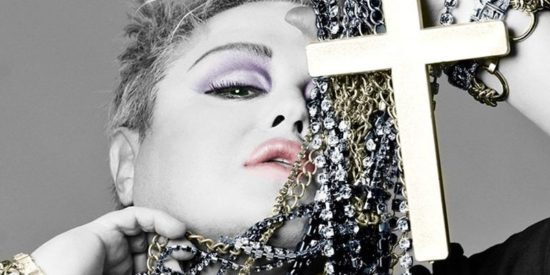 Cher. Adele. Judy Garland. Liza Minnelli. These are all the divas that are on the stage when Jimmy James performs. James is perhaps the leading celebrity voice impersonation artist, and he does so with such vocal authenticity it is like the singer is actually performing in the room. James was once a mainstay of P-Town cabaret, but he took a hiatus to perform around the U.S. and work on some new projects. Local audiences are very happy he is back.