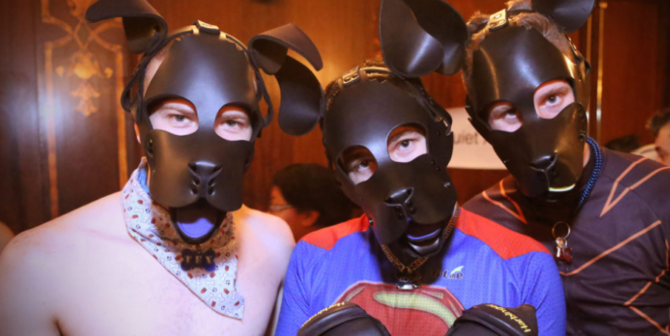 Chicago is one of the great American cities, and with the urban core in The Loop and shopping along Michigan Ave., a.k.a. The Magnificent Mile, to the bars in Boystown and the beautiful and queer-centric Hollywood Beach, the city boasts one of the most vibrant communities in the U.S.

During Memorial Day Weekend, it become even better. Thousands of hotties descend upon Chicago to partake in numerous events, including the International Mr. Leather, a celebration of all things in the leather lifestyle; and the Grabby Awards, honoring the work in the gay adult film industry. Besides all the events and nightlife, there is a big city sprawled out along Lake Michigan, with lots to do for both locals and visitors.

Here are some recommendations from people who love Chicago, either who live there or are partaking in the IML/Grabbys events:

A post shared by Architectural Artifacts (@architecturalartifacts) on Oct 25, 2016 at 11:08am PDT

“I love Architectural Artifacts. They go into old buildings and salvage all these beautiful artifacts from all the buildings, like old furniture, lighting fixtures, gates and doors, it’s pretty amazing. They have bottles and restaurant equipment from the old speakeasies, they have tin roofs, everything. They don’t just destroy stuff, they preserve, which I think is so cool. I’m so into that.” Chi Chi LaRue, owner of Channel 1 Releasing and hostess of the 2017 Grabby Awards

“Take an architectural river cruise. There are several of them, depending where they start from. The best one is the First Lady. They are the most expensive, but they use docents from the Architectural Foundation. Besides the architecture of the city, with the docents you’re learning history. Gary Chichester, Board Member, Chicago LGBT Hall of Fame

“Chicago is one of my favorite cities. I’m going to see Ricky Gervais at the Chicago Theatre. Then my friends and I will go see Trannika Rex’s show at Berlin, and we will probably get some pizza. My favorite is Pizzeria Uno.” Sister Roma, presenter at several Grabby Awards events and famed member of the San Francisco chapter of The Sisters of Perpetual Indulgence

“The Art Institute is one of the greatest museums in the world. It has an encyclopedic collection of some of the greatest art in the world. You can sit in front of the George Seurat, A Sunday on La Grande Jatte, and spend hours taking it in. It is almost a sexual experience in itself. You get the chance to see the hand of God in man’s creation, in experiencing a Jackson Pollock or a Rothko.” Marc Ransdell-Bellenger, Curator and Head of Community Development for Tom of Findland Foundation, and former two-time IML contestant.

“I love Drew’s on Halsted. The food is incredible and I love their martinis. And Beatnix is the store for drag, clothes, shoes, it has it all.” Honey West, Chicago-based nightclub singer, host, and transgender advocate

“Montrose Harbor and Bird Sanctuary Park has one of the most picturesque and beautiful views of the city. It is basically every postcard of Chicago’s skyline.” Michael Gifford, director and co-writer of “Steamworks The Musical” at The Annoyance Theatre

“If you’re a drag queen or just have gaudy taste, I suggest the jewelry district in Ravenswood on Clark St., between Montrose and Sunnyside and then up to Wilson. Giant bejeweled pageant necklaces, earrings, clip-ons, body chains, crowns, it’s all there. Start with Clark Fashion Depot, hit up So Good, and definitely A-One. If you’ve ever seen a Chicago drag queen on RuPaul’s Drag Race, she’s probably dripping in jewelry she bought at these stores, and she probably didn’t spend over $40 on a whole matching look. Detox is known to clear out an entire rack so no one else can get her favorite earrings.” Trannika Rex, comedian and hostess at Berlin