Summer is in full swing, you’re counting the calories and sweating through boot camp so you can fit into your favorite swimsuit. Or, if you’re like us, you eat what you want and wonder when Spanx is going to make men’s swimwear. It’s beach season! We’ve compiled our annual list of our favorite gay beaches, with ten of spots to play in the surf, catch a few rays, and scope out a whole new season’s worth of the eye candy.

There are lots of “gay beaches” out there—did we miss your favorite beach? Let us know in the comments section!

Curaçao is a fabulous island 5 miles north of Venezuela. Home to over 140,000 residents from 55 different cultures, this island puts the official “C” in the Netherlands ABC Caribbean islands. Leave your suit and tie at the office and fill your suitcase with beach attire, sunscreen and diving necessities. Cas Abao is a popular local beach with a pristine white sandy coast, perfect for swimming and snorkeling. There’s a great bar, restaurant, dive center, and plenty of picturesque palm trees waving in the breeze. Head up to Cas Abao early to get a prime chair so you can swim and sun yourself in total comfort. The reefs are perfect for snorkeling and scuba diving, while a pleasant raft is moored just off the beach for you to soak up the sun. Stay late so you can play in the surf with cute guys.

Aruba is the ultimate winter beach destination. The “one happy island” is known for its powdery white sand beaches, friendly people, and gorgeous resorts. The local community boasts over ninety nationalities and the island prides itself on this diversity. With their rich Dutch and LGBT friendly roots, Arubans have a progressive view that is not always shared by their Caribbean neighbors. The best place to catch some surf and sand is at Eagle Beach, situated off the main road. This stretch – the widest beach on the island – considered one of the best (and most breathtaking) in the Caribbean, and of course, it’s now a hotspot for plenty of sun seekers. If you’re lucky to spot red and white markers on the beach it’s identifying turtle nests, which hatch at sunset. Stay late and watch the little hatchlings make their way into the ocean.

Fire Island, the center of outer barrier islands just parallel to Long Island, is a longtime gay mecca and summer destination. The sprawling beach passes through the communities of Cherry Grove and The Pines, which are linked by a notorious sandy, woodsy, and cruisey section of the island affectionately known as “The Meat Rack.” Popular summer beach parties include the Pines Party and Ascension, but hundreds of chiseled men take the ferry from Sayville on Independence day for the annual drag-themed “Invasion.”

Playa Los Muertos is the epicenter of Puerto Vallarta. Situated just south of the Malecon and the Cuale River in the Romantic Zone (or “Old Vallarta”), the yellow sandy beach draws locals and out of town guests throughout the year. Rafael Zamarripa’s iconic sculpture, “Caballero del Mar,” or “The Seahorse” stands strong at the end of the beach, just off of the popular Mantamar Beach Club Bar & Grill.

The beach at Sebastian St. is a modest strip of sand, between A1A and the ocean in Fort Lauderdale, but lots of action can get packed into that little area. This has been a favorite beach among locals and visitors for many years, and is close to many of the famous all-male guesthouses.

Miami, and South Beach in particular, are famous for the 24-hour party atmosphere around the city, and 12th St. Beach is right there in the middle of the scene. Expect to see lots of guys posing in their Speedos for anyone who wants to take a look, and of course lots of spectators who are happy to give them attention. This beach is also the site of some major parties, including Winter Party every March, the official Miami Beach Pride Festival every April (photo above), and Muscle Beach at White Party every November.

Part of the Cape Cod National Seashore, Herring Cove is the most popular beach in Provincetown. It’s definitely a healthy walk, “over the river and through the woods,” but once you arrive you will spot plenty of beach dwellers enjoying this gorgeous unofficial nude beach. While it is technically illegal to disrobe here, the National Park Service typically looks the other way, though you should be able to cover up quickly in a pinch. The dunes are infamous for cruising and connecting, so don’t wander off the beaten path unless you’re looking for a little more adventure!

Tel Aviv, with a population of only around 400,000 people, has become a gay capital in the Mediterranean. One of the biggest draws is Hilton Beach, which offers golden sand, blue waters, and some of the most gorgeous men in the world. Hilton beach is located just below the Hilton Hotel between Metzitzim Beach and the Tel Aviv Marina, and is popular for laying out or just taking a stroll. Tel Aviv Pride is also a huge party, held here on the beach every year. 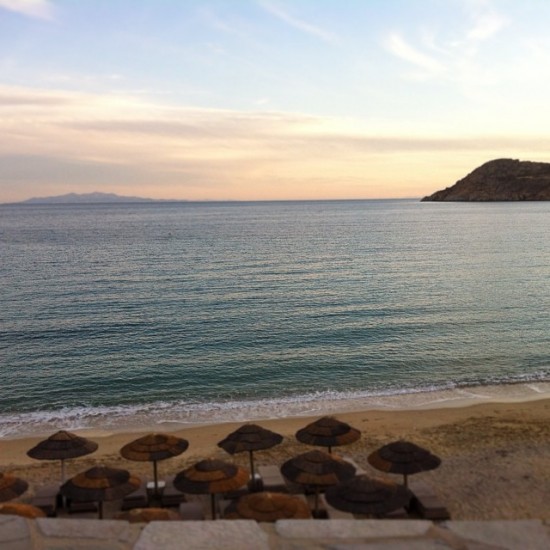