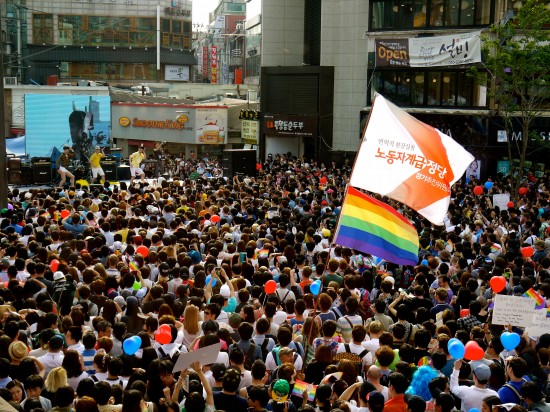 In some cities showing your pride remains dangerous, and for Seoul, South Korea–where discrimination is rampant–it isn’t about the circuit parties or swimming pools filled with shirtless hotties. The 15th annual Korea Queer Culture Parade really was all about the festival’s official slogan of “Love Conquers Hate.” 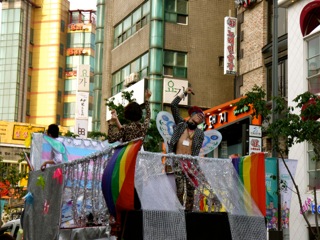 The event has gained momentum each year since its inception in 2000. It began with 50 brave people, who marched through the streets of Daehangno, most of whom wore masks or bags over their heads to conceal their identities. Last year, it hit 10,000. This year, the festival was attended by 20,000.

During the week leading up to the Pride parade, rumors circulated regarding cancellations and the legality of the event. Several media outlets even reported the parade wouldn’t take place. Organizers were determined to make it come to fruition despite efforts to shut it down. 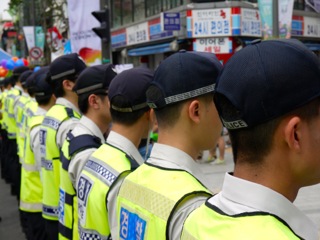 Parade day arrived and protesters and supporters alike filled the intersection outside Sinchon Station. Protesters maintained a discernible presence in the crowd, armed with amplification systems and an array of antigay chants and signs. A parade member (pictured below) tried to drown out a protester’s megaphone with bagpipes. 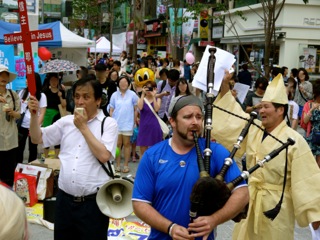 Only minutes after the parade began it was forced to stop due to a sit-in organized by Christian protesters. The parade members marched on as the procession unexpectedly transformed into a walking tour of stopped floats until bottlenecking at the standoff with the protesters. 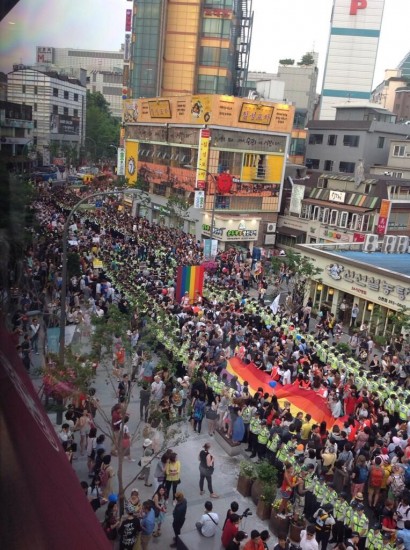 Despite efforts by police to clear the protestors, their numbers continued to multiply and the officers’ concerns shifted to maintaining the peace between the two groups rather than allowing the parade to continue. 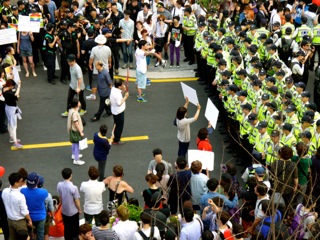 After a four-hour standoff, members of the parade began to turn around and return to the main stage, and the floats soon followed. The protestors briefly reveled in what seemed a victory, as all now sat and sang the Korean national anthem. 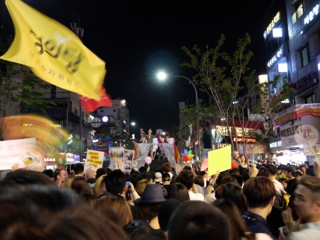 Determined to finish the parade route, the members of the Church Bitches float led the crowd on an alternate, unplanned route that circumvented the protestors. A crowd of thousands followed and the marchers were victorious. 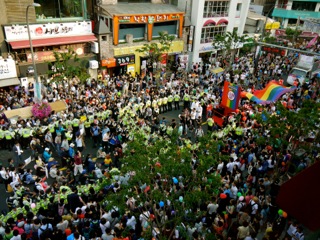 Despite exhibiting one of the largest worldwide shifts toward acceptance of same-sex relationships, the vast majority of Koreans still reject homosexuality and its LGBT members remain largely closeted. Until 2010, the festival employed a “no photo” sticker system in which photographers weren’t allowed to photograph anyone wearing the sticker. Due to the brave people who came out to march, giant steps toward visibility and equality are being made. 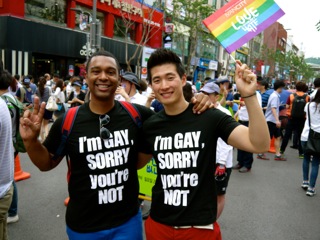 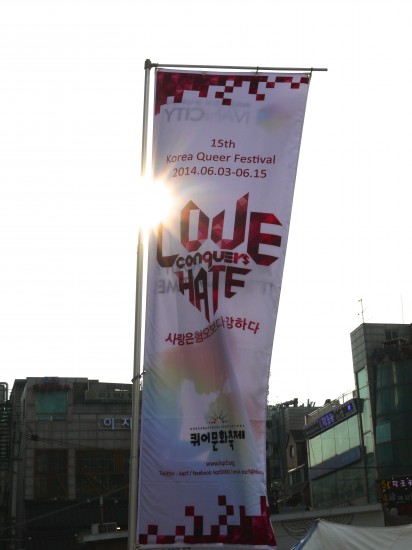 The author, Samuel Murray, is an English teacher and writer currently living in South Korea. He is honored to have been part of the pride parade in Seoul this year, his first as an open member of the LGBT community.